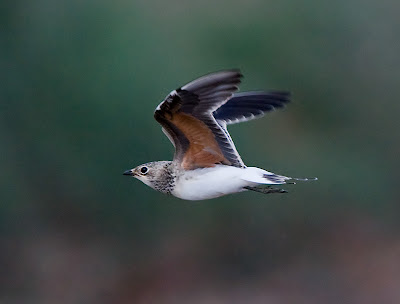 in early September Kev, John and myself were in the Tarifa area watching migrating raptors; it was an excellent week but raptor shots were often less than hoped for ; a flock of Collared Pratincoles at La Janda were more co-operative although a constant challenge in flight as the old DSLR AF systems tried to cope with fast and erratic flying birds against multi-coloured backdrops
Posted by Graham Catley at 7:48:00 am

Fantastic Collared pratincole - my favourite of all the 12 ! Keep up the good work. Steve.