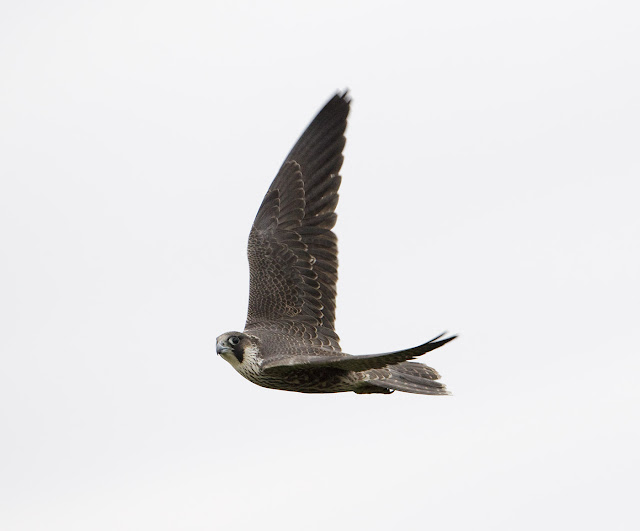 the difference between being in the right spot and getting a bit of luck; the first shot was a hunting juv that came past my car too fast to get onto it until it had passed; the second shot was taken on a very dull morning at 06:21 -- I had arrived at a harrier site in very poor weather and had just got the camera out with no real hope of getting any shots when a juv Peregrine appeared mobbing the juvenile harriers; I had the camera on manual exposure from the night before and had not had time to reset anything so as it flashed towards me I just aimed and spun the exposure dial to what I thought it might be on ISO 1000 -- the first two shots were a complete blur the third is this one and the fourth was OOF -- it was close and the wing position is nice but its just luck getting that right -- as a famous Fin says you will not get good photos with your camera gear in a bag whatever the weather!
Canon 1D4 Canon 500 f4 lens 500th sec at f5.6 manual exposure
Posted by Graham Catley at 11:32:00 am

What a capture. Fabulous work.