the main problem at Tarifa was atmospheric distortion with the high temps and very high humidity thus I only used the 1.4x converter with the 400DO2 --

ageing Booted Eagles is pretty easy when seen well but the darker birds can invite confusion with a few other raptor species namely, Honey Buzzard juvs, Black Kite and Bonelli's Eagle -- one of the two commonest raptors we saw with several over 1400 logged in the 8 days and a peak of 670 on the big day of the 22nd -- proportions of dark to light birds varied daily with a seeming increase in dark birds later in the week when there were 50/50 on some days

Dick Forsman's new book Flight Identification of Raptors of Europe, North Africa and the Middle East is the go to book for raptor ID and ageing etc 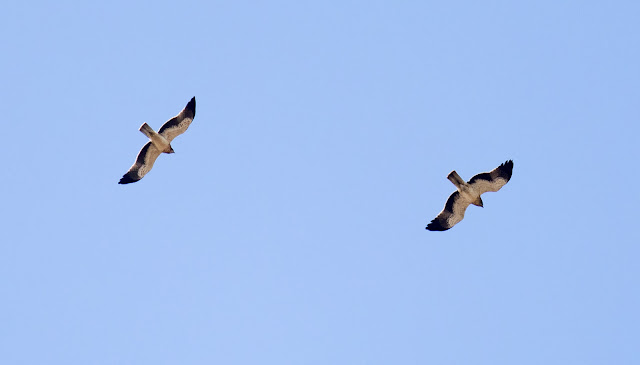 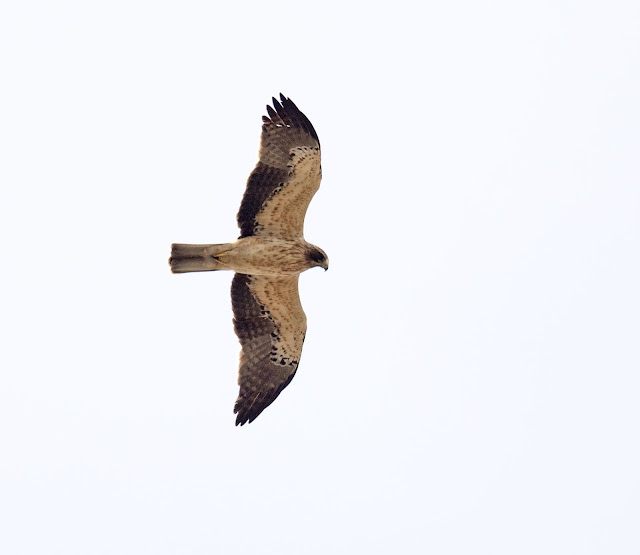 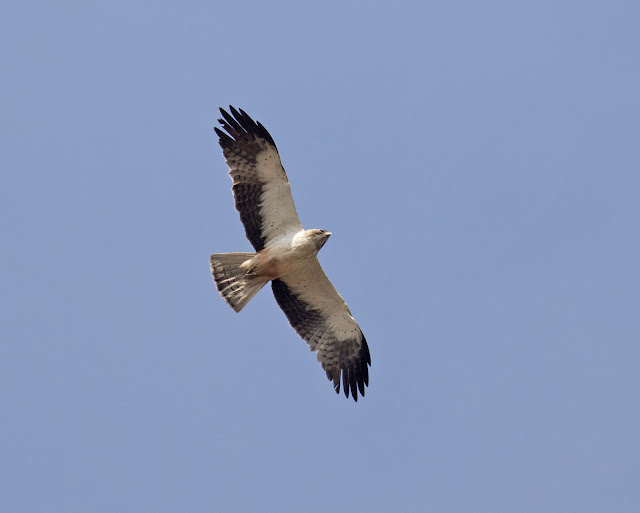 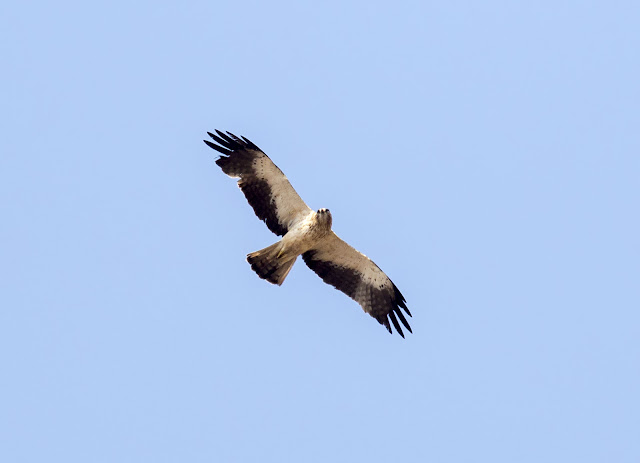 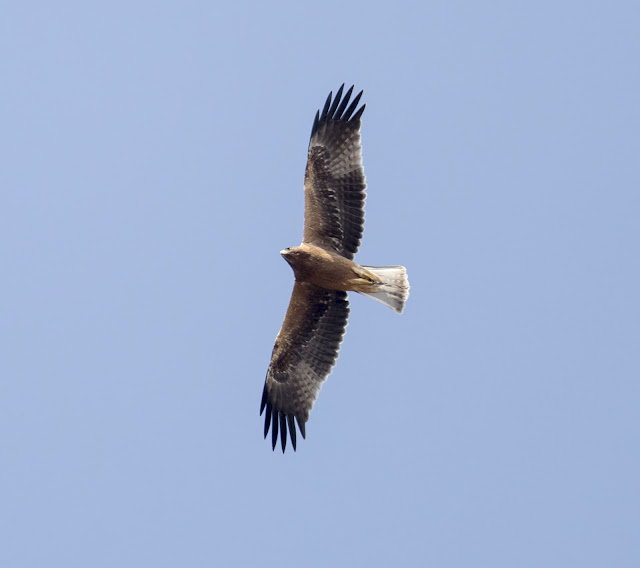 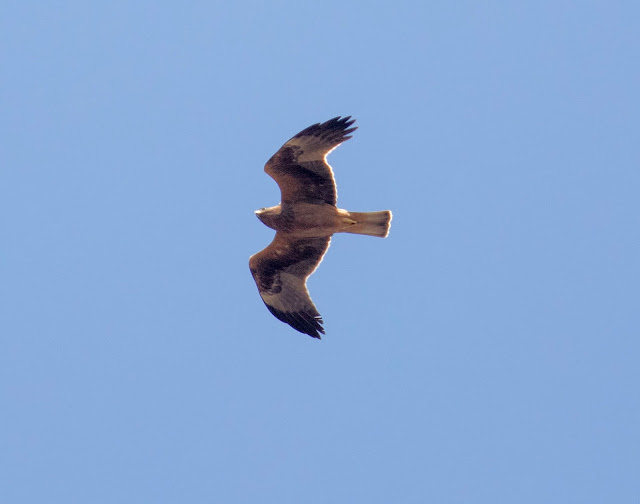 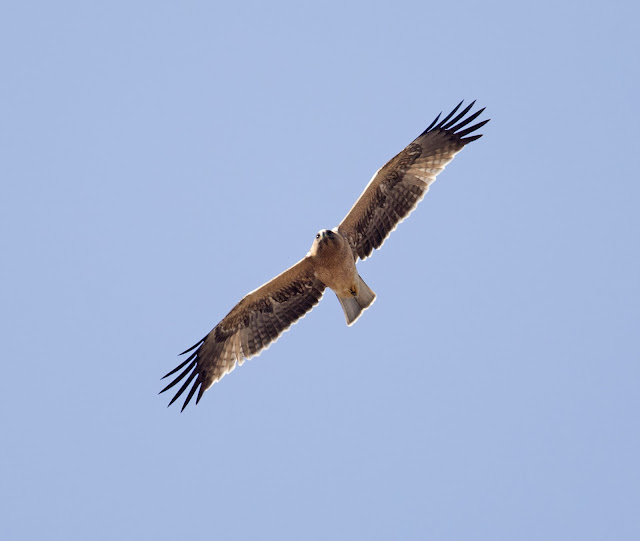 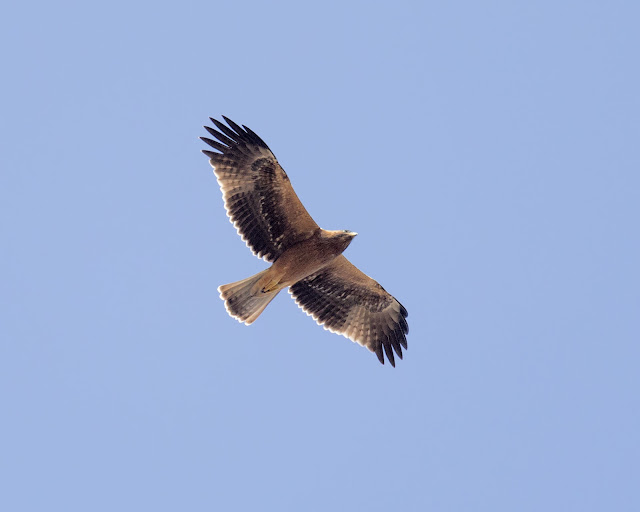 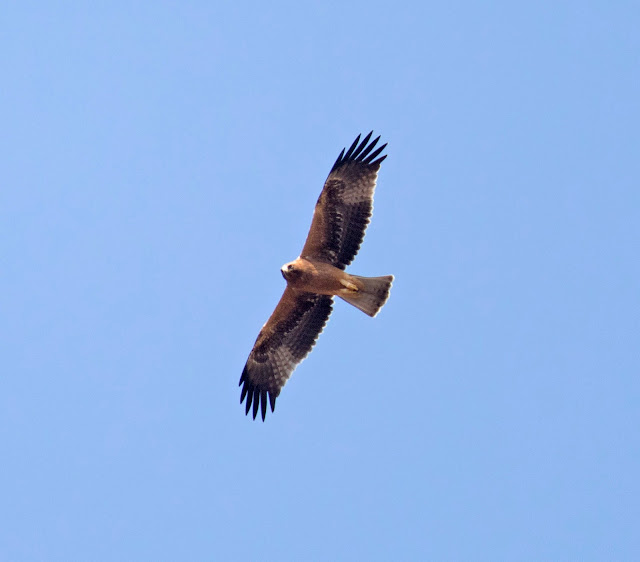 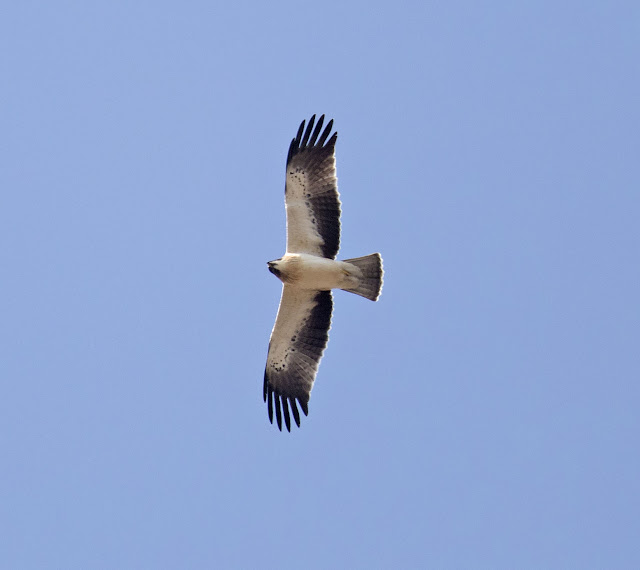 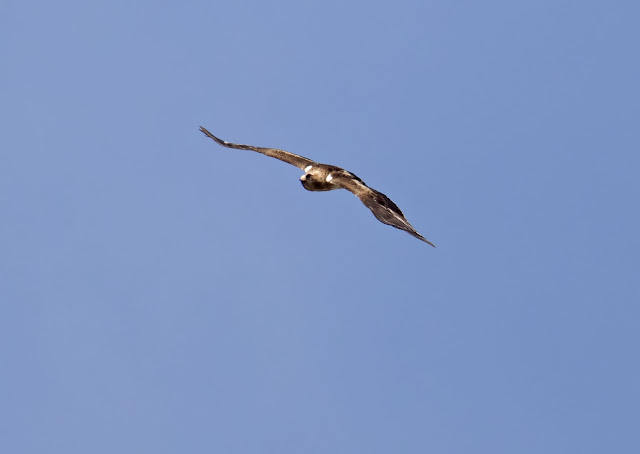 the so called headlights, white marks on the inner upperwing coverts are a remarkably obvious feature even on dark birds on which the upperpart pattern is less well marked than in pale birds 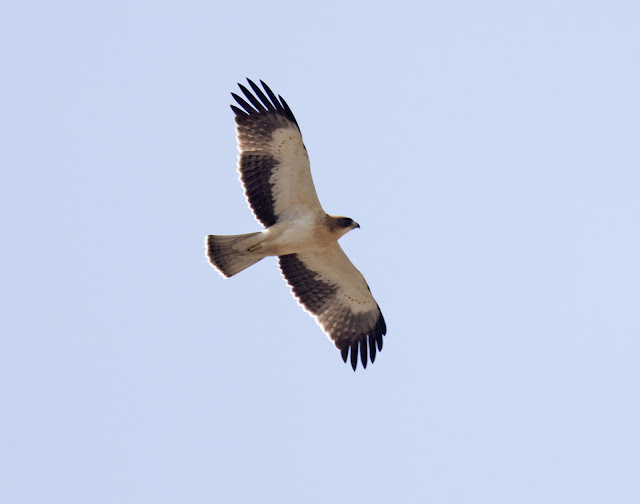 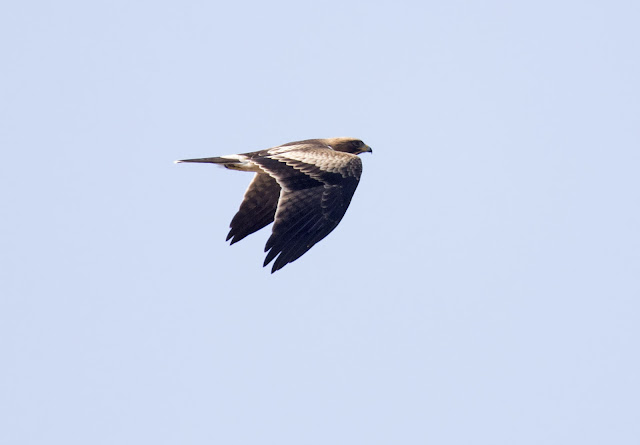 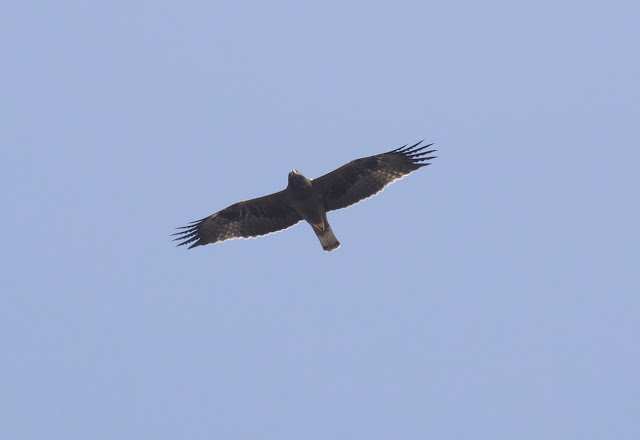 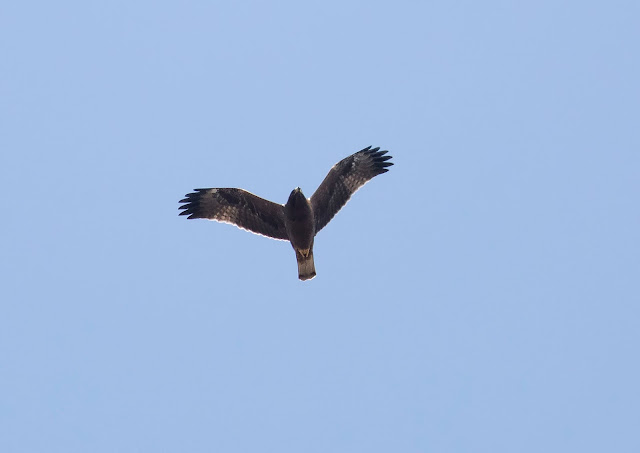 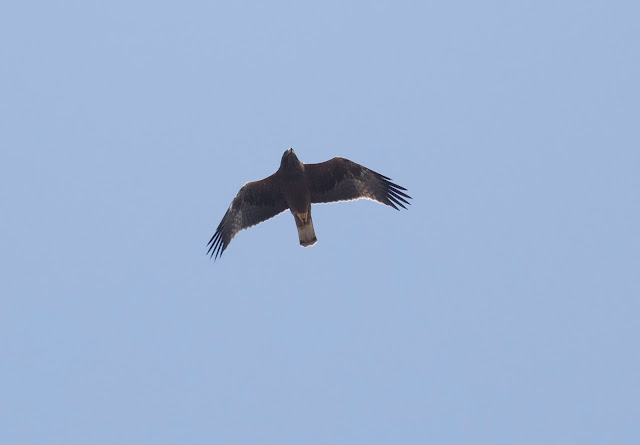