May 22nd Prairies and Cypress Hills at Elkwater

May 21st:
After overnight rain the forecast was light winds and a few light showers so we set off south past Cypress Hills towards the US Border at Wild Horse. As we drove south it was fine but cloudy but then as we reached the best areas on the route up from Wild Horse the rain set in and it rained on and off all day to 14:30 and was quite cold in the wind with maximum temperatures of 7C. We drove round the Wild Horse circuit hoping for prairie passerines but the rain and wind were not in our favour. At one point we were accosted by a local red neck on a golf buggy type machine who spun it round on the gravel road in front of us and told us we were lost. I informed him we were not and were just birding to which we got the obligatory stay on the road no trespassing and off he went to suitably amuse himself elsewhere.
At the Guesthouse early and late were Yellow Warbler, Myrtle Warbler, drake Redhead and pair of American Wigeon on the pond, the usual 5+ winnowing Wilson’s Snipe with an obliging bird on a fence post as we left early morning, Red-tailed Hawk, Mourning Doves, Common Grackle and three Wilson’s Phalaropes on the pond in the evening.
Alongside the road to Wild Horse we encountered a pair of Ferruginous Hawks with a nest on the roadside, 5 Turkey Vultures, a pair of Northern Harriers with the male in display plus a second male alongside the road, Lesser Scaup on most of the ponds, a Coyote and several Pronghorns.
On the Wild Horse circuit back to Hway 41 a Great Horned Owlflushed from bushes on the roadside, at least 30 Horned Larks included birds with newly fledged young, Savannah Sparrows, Chipping Sparrows, 10+ Vesper Sparrows and eventually new bird number two Brewer’s Sparrowtied down after a couple of fly offs. Two male Lark Buntingswere the first I had seen since Arizona in 1996, raptors included the usual Swainson’s Hawks including one on the deck by the road and Red-tailed Hawk. Three Blue-winged Teal were in a roadside ditch as was a Western Willet while the only large pond held only a single American Avocet. At least 20 Chestnut-collared Longspurs were seen but I was almost giving up hope on McCown’s Longspurwhen we came across a singing male doing display flights unfortunately not very close to the road and in increasingly heavy rain but lifer number three. Mule Deer and more Pronghorns and food called. A meal at the Elkwater gas station was probably our worst food of the trip but we continued into the village in strong cold winds but it was fine by mid-afternoon. With an obvious fall of migrants alongside the lake we birded there until 17:20 and tallied a nice gang of birds. On the lake were a pair of Caspian Terns and a pair of White-winged Scoter plus 4 Red-necked Grebes including gone bird on a nest and a drake Bufflehead. On the grassy lawns a large flock of Chipping 80+ and Clay-coloured Sparrows 20+ competed for attention with at least 300 Violet-green Swallows over the lake. Birds in the willow scrub on the lake side included several Myrtle and Audubon’s Warblers, two Tennessee Warblers, Yellow Warblers, Wilson’s Warbler male, two male and a female Blackpoll Warblers, Warbling Vireo and a male Rose-breasted Grosbeakplus two male Baltimore Orioles, White-crowned Sparrows, Song Sparrow, Black-capped Chickadee and a number of empids at least one of which called like a Least Flycatcher while one was quite bright greenish in tone with no eye ring.
Returned to Medicine Hat after a tiring day and ate at Skinnies Smoke House, 2771 Box Springs Blvd NW, Medicine Hat, AB T1C 0C8 --- good food and good value. Night Guesthouse 71 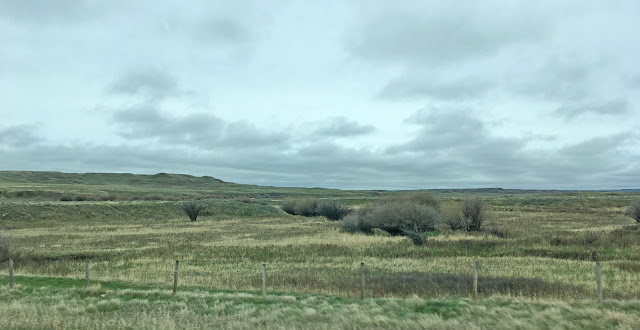 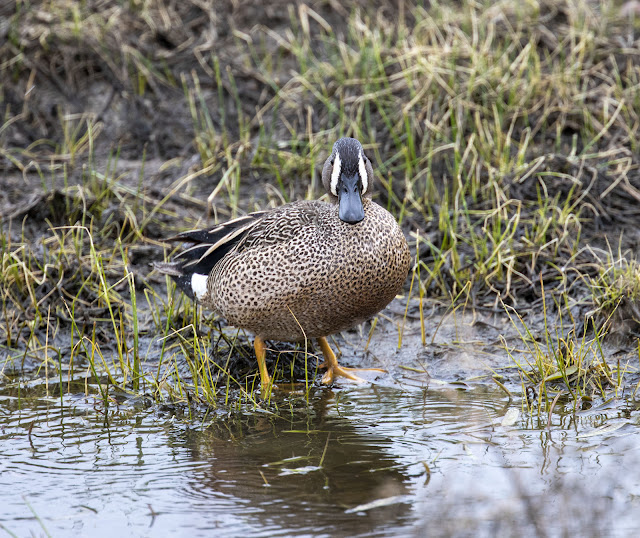 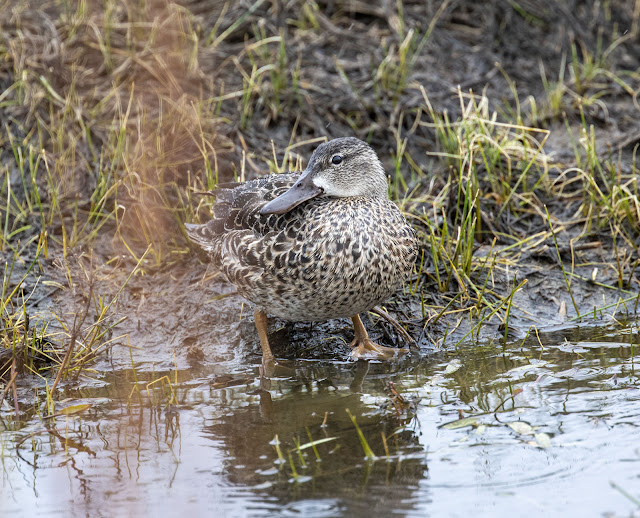 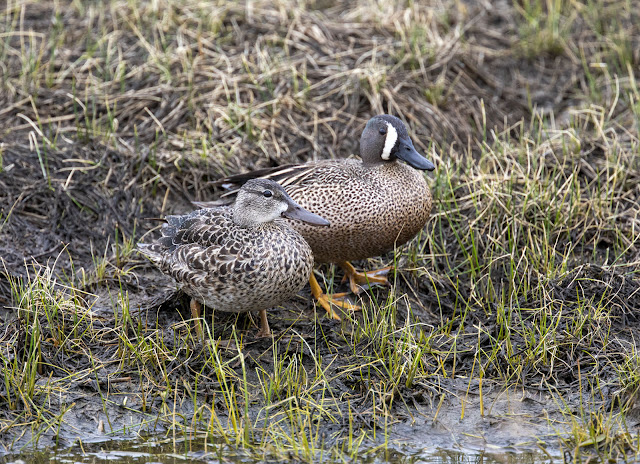 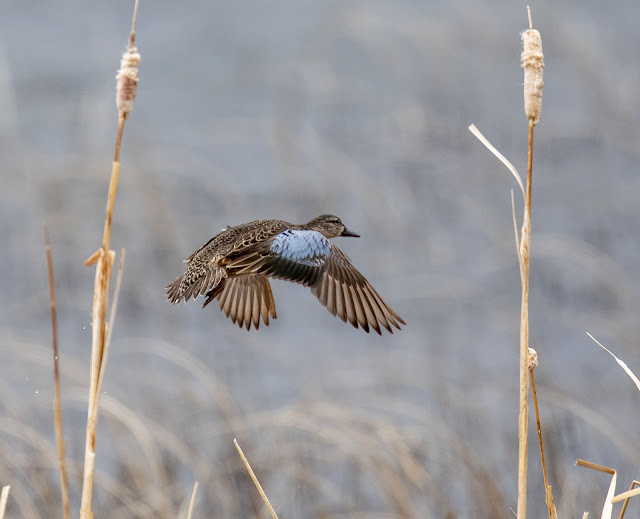 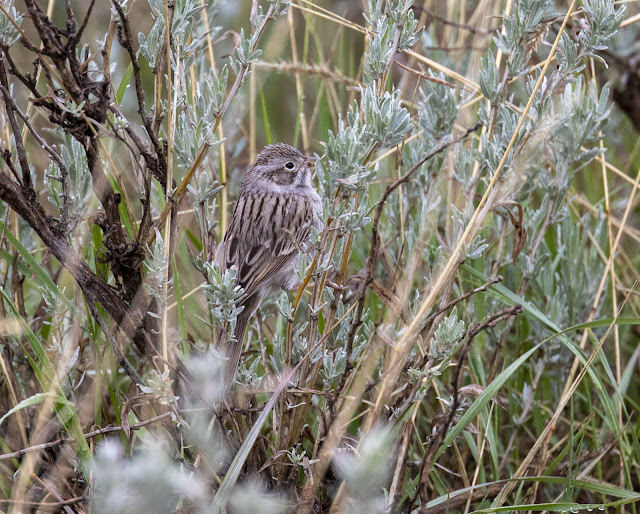 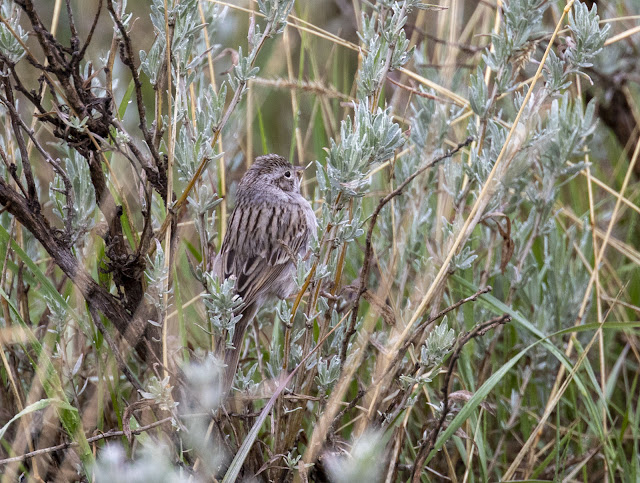 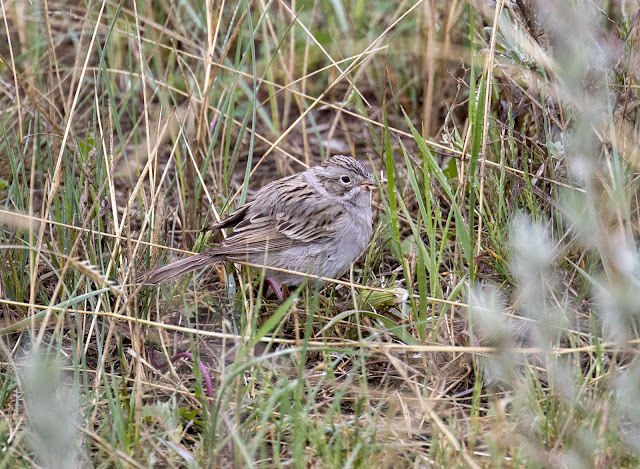