May 29th Skunk Cabbage Trail and Golden BC

May 29th:
Early morning around El Nido with a temperature of 7C. An early walk round the meadows and woodland edges produces at least 8 Hammond’s Flycatchersin song, Savannah Sparrows on territory in the meadow, at least 50 Pine Siskins around the garden feeders along with Steller’s Jays, Lincoln’s Sparrow in song and Rufous Hummingbirds. Two birds feeding quietly low in a spruce turn out to be fledged juvenile White-winged Crossbills. In the garden first encounter with some confusing Cassin’s / Purple Finches. We then plan on a trip to Revelstoke Park and hopefully a drive up to the Alpine Meadows along the 26kms long Parkway trail but I have reservations. As we set off down the TransCanada Highway 1 it’s a pleasant 7C but soon rises to 23C. The TransCanada is under reconstruction over long sections with multiple speed restrictions and hold ups meaning the 90-minute trip takes over 2 hours but we eventually arrive at the desired Skunk cabbage trail and read on the display about Mac the MacGillivray’s Warblerbanded there that had returned to his territory for several years; this was a challenge so listen to the song on the Sibley app and immediately there is one singing but scanning the low vegetation for ages reveals no bird but they are known to be skulkers then Jude sees on singing from 25 feet up in a tree! Good views are had but images distant and in the growing heat are just record shots. Later in the afternoon I get close views of one feeding low down in the vegetation by the start of the trail. Lifer number six. Also on the trail we encounter singing American Redstarts, Northern Waterthrushes,always surprising to see then singing from high up in trees, Song Sparrows, Common Yellowthroat, 10 Cedar Waxwings, Rufous Hummingbird and a drake HarlequinDuckin the river. The first ode is a four-spotted chaser / skimmer. With temperatures rising to 25C we head into Revelstoke for lunch at Emos then drive to the park where we are told the road is only open to Km 12 way short of any alpine habitat but we have park passes so drive up anyway but the road stops well down in the forest and in the increasing heat it is pretty bird free with Varied Thrushheard only, Bald Eagle and Audubon’s Warblers in song plus the usual Pine Siskins. Disappointed by the lack of Alpine habitat we start the journey back to El Nido through the road works with temperatures rising to 32C its better being in the vehicle than outside. Back at Golden we eat at Wolf’s Den and then have another trip up the road to Kicking Horse Wilderness area and encounter the Black Bears again with the three small cubs climbing up a roadside tree an amazing sight. Mosquitos put me off a late evening session around the digs. 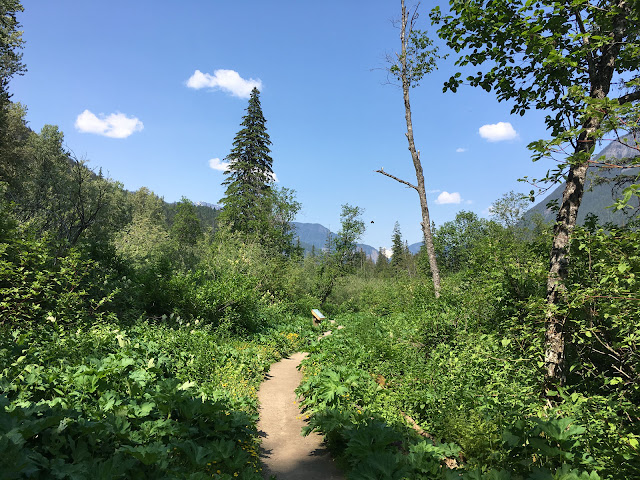 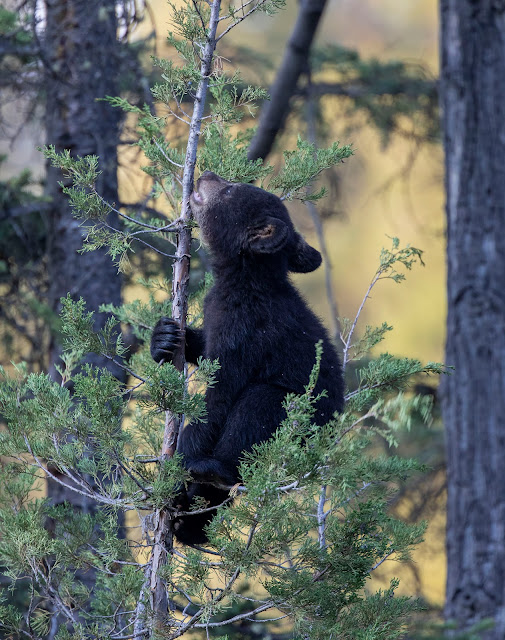 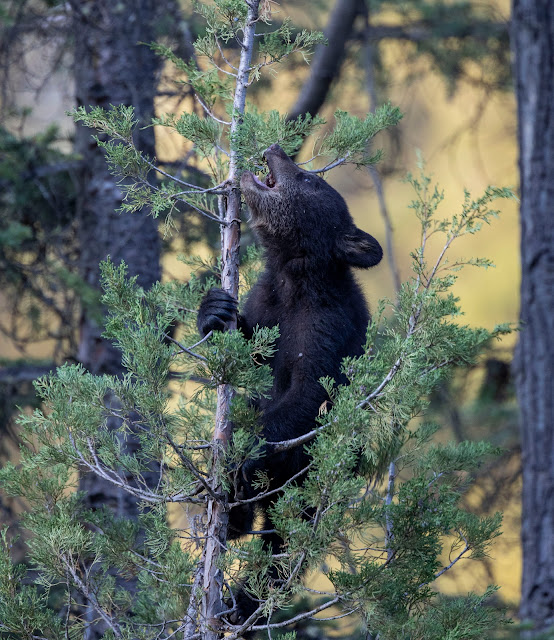 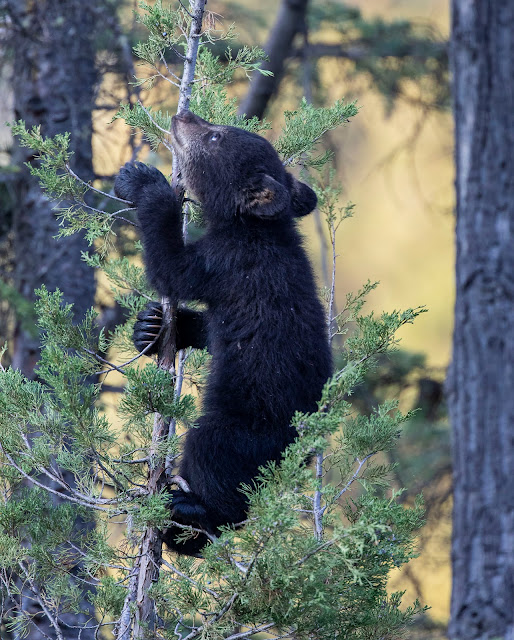 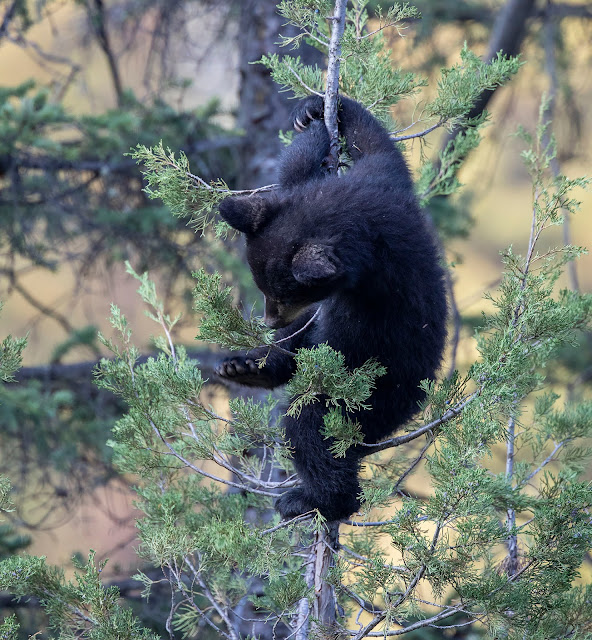 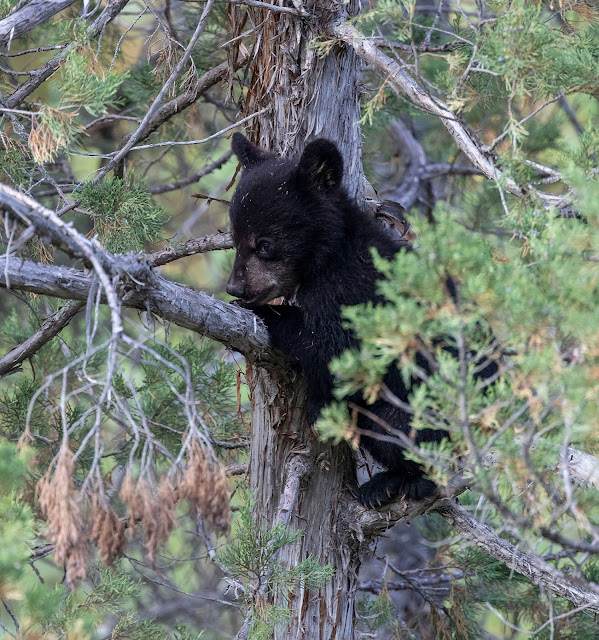 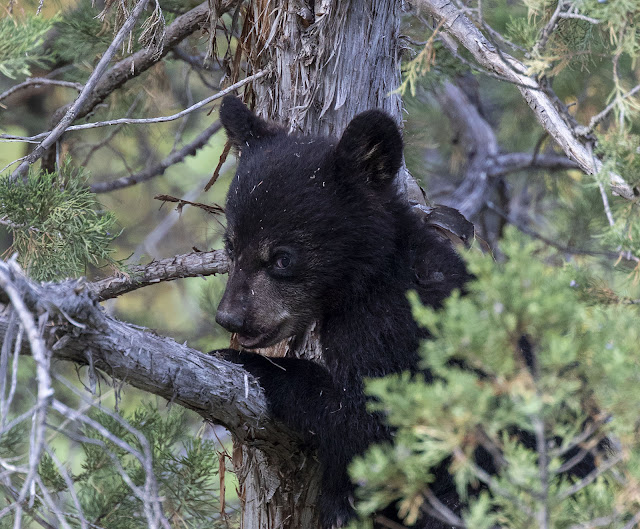 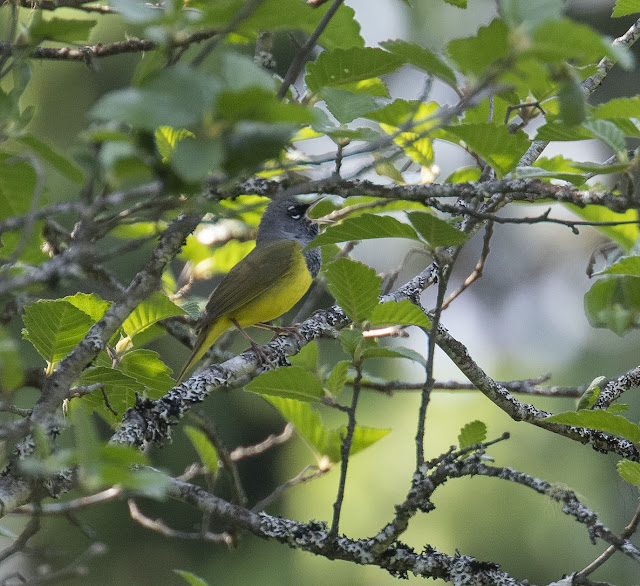 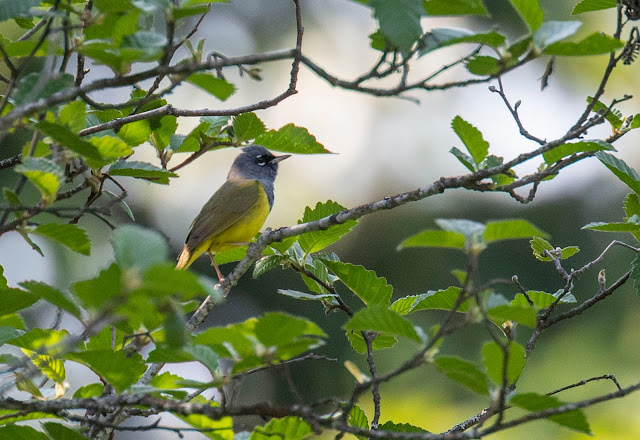 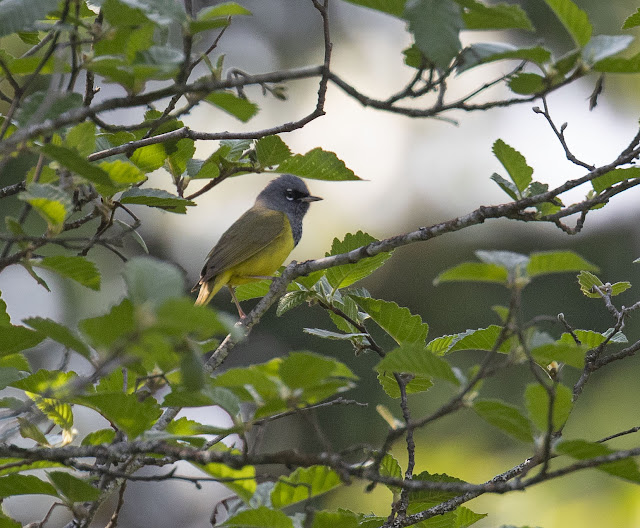 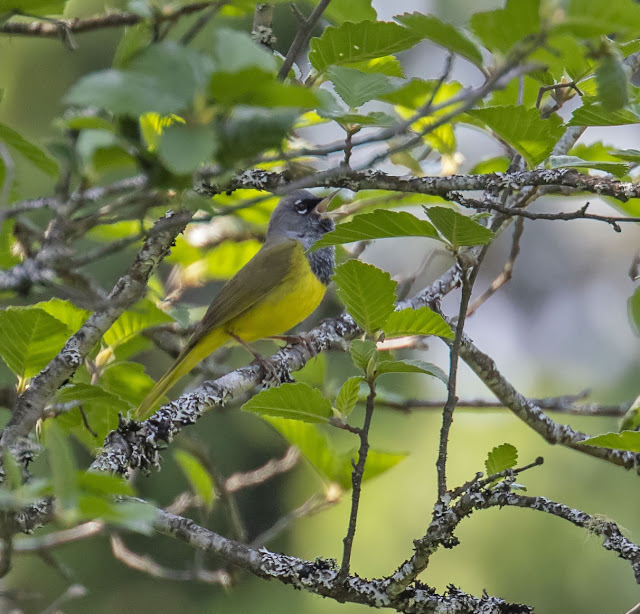 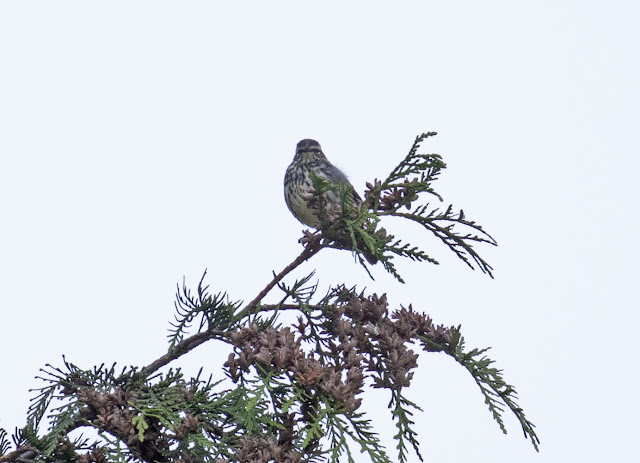 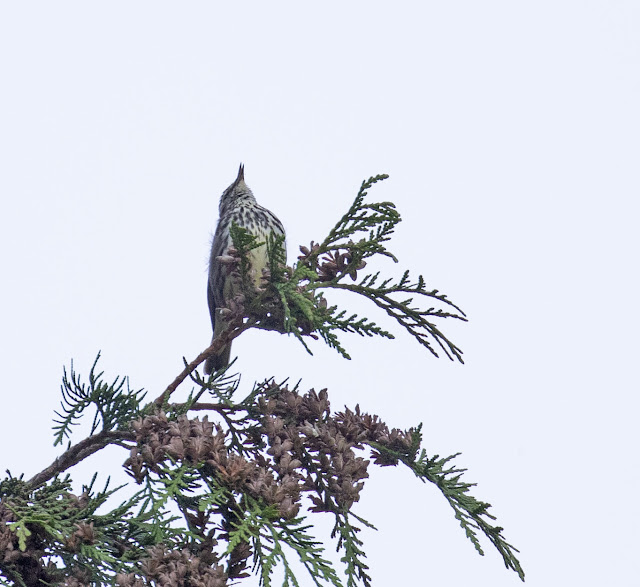 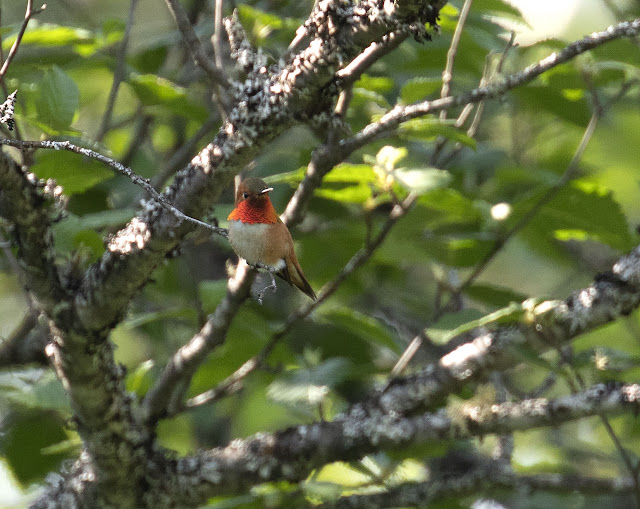 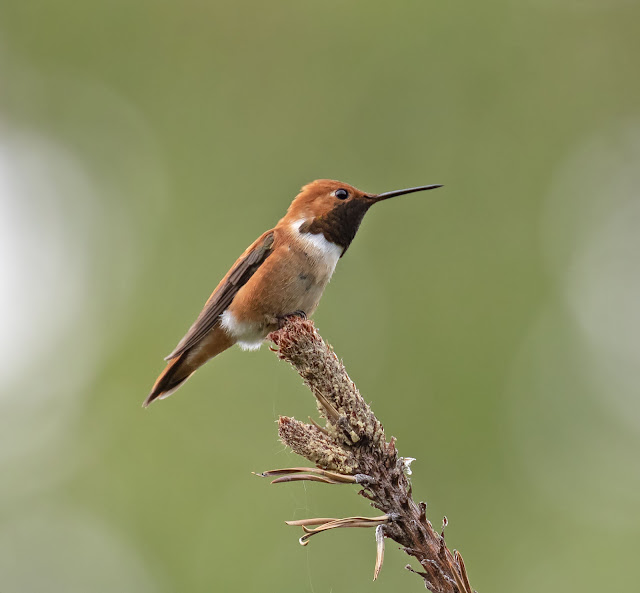 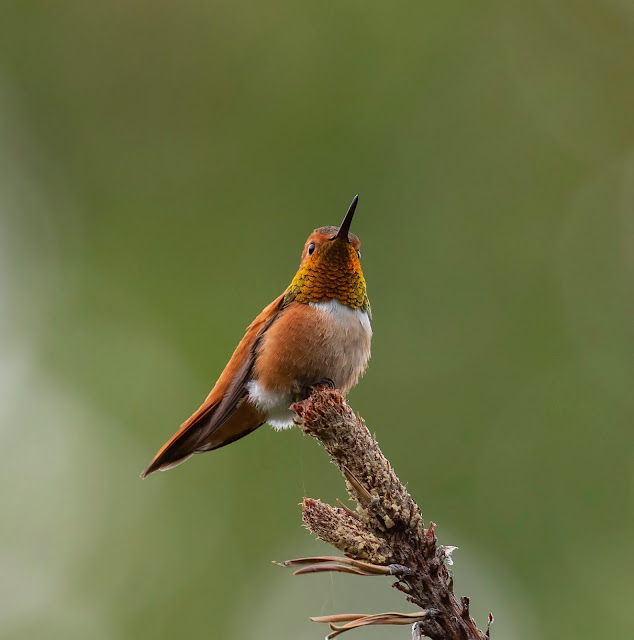 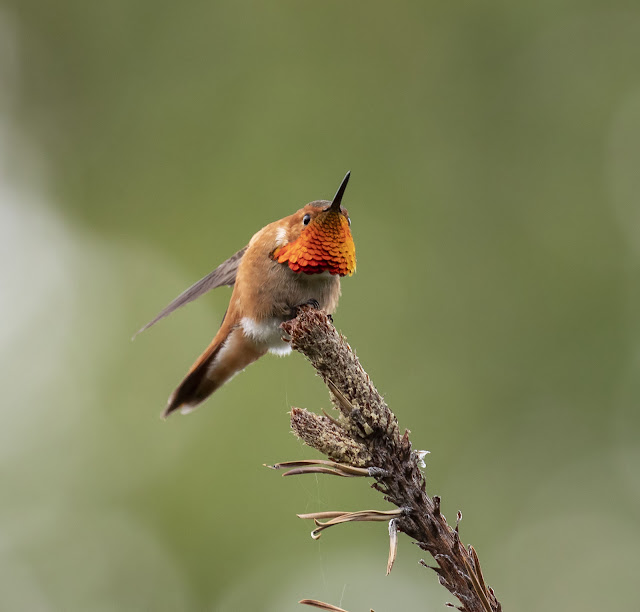 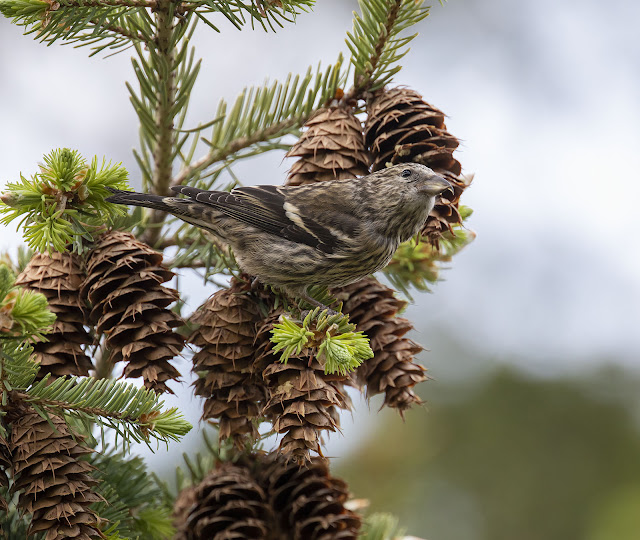 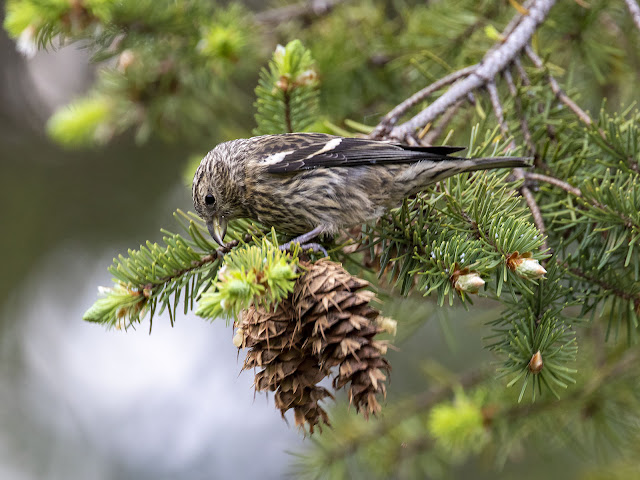 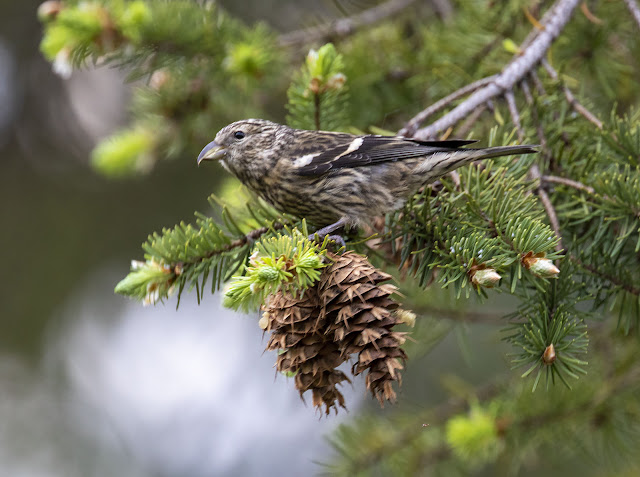