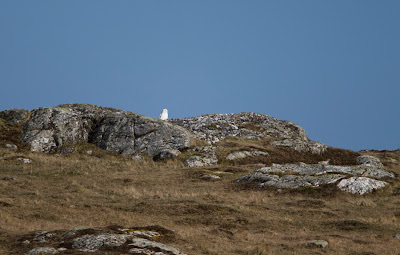 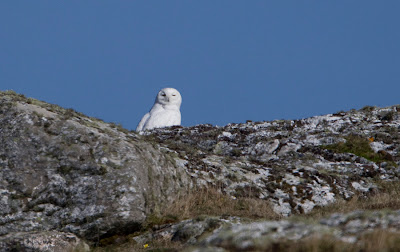 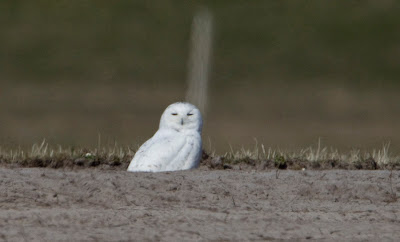 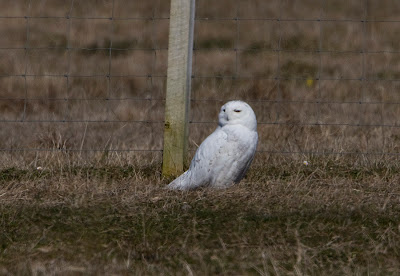 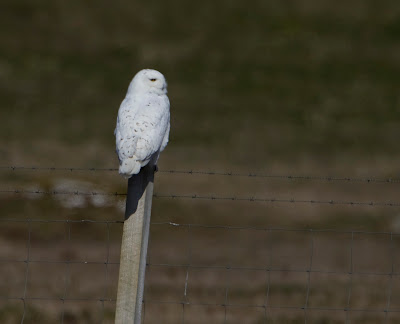 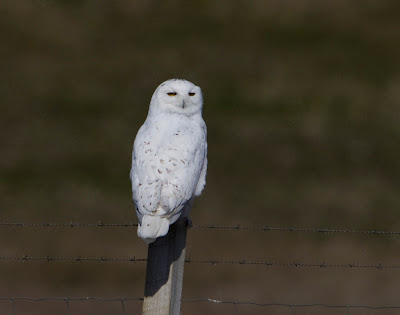 before getting hooked on photography I used to enjoy bird finding and had a decent self-found UK list of 320 - of late bird finding has been replaced by image taking so it was nice to add one to the self-find list when this large white blob materialised on Balranald on the 14th - I had been having trouble with one ear and locating bird sounds is not easy with one sided hearing so when I picked up the screeching of a gang of Herring Gulls I had to revert to asking for help from the family in locating the source of the noise! when I did see the gulls they were mobbing a ducking Snowy Owl on the top of a pile of rocks -- it moved around a bit and I managed a few record shots but the problem was heat haze -- now if there was one thing I was not expecting to be a problem in Scotland in April it was too much sun but with a white bird and bright sun reflecting off sand with a cool north-east wind the distortion was a real problem -- I returned the following morning at first light but it seemed to have moved on
Posted by Graham Catley at 7:36:00 pm

Great self-find, once thought I had one for my self-found list, turned into a carrier bag. As a birder with tinnitus, one sided hearing is a real pain as locating calling or singing birds becomes extremely problematic.

Great Personal find, we had a snowy in Cornwall last year for a couple of months. What a pleasure that was.