Wayne saw what was probably this bird last weekend but views were brief -- I saw it on Thursday and passed it off as some sort of hybrid -- I did not think that Greenland White-front could be this dark but the plumage is very worn with white coming through on the fore-crown-- we both saw it again today and in spite of the appalling light and distance I managed to get some better flight shots that show the upperwing and tail pattern well -- birding is a learning curve and I think mine started to go down hill a while back!! but if there were not challenges in birding what would be the point? just collecting other people's birds has never been very rewarding for me but some things you just have to give in to -- lets hope the harrier is still showing next week! 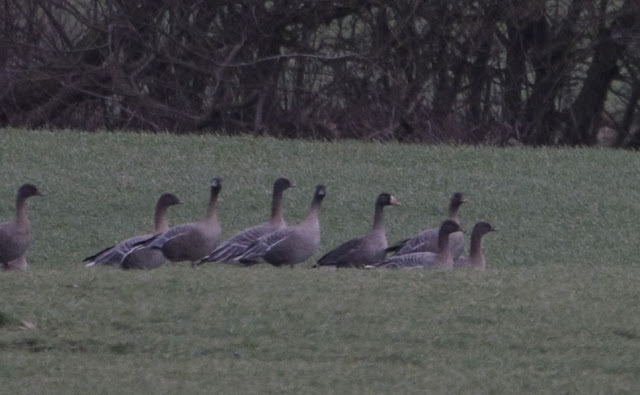 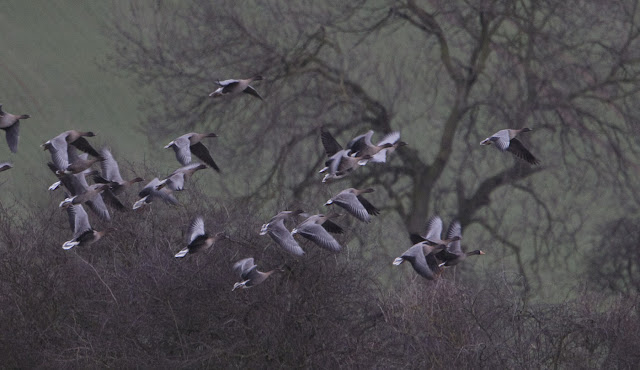 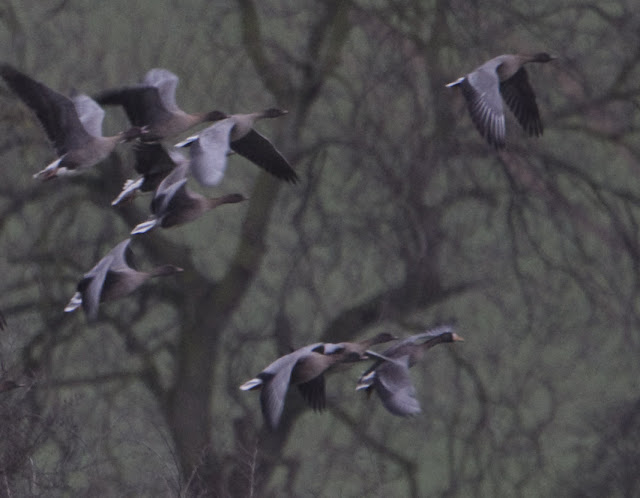 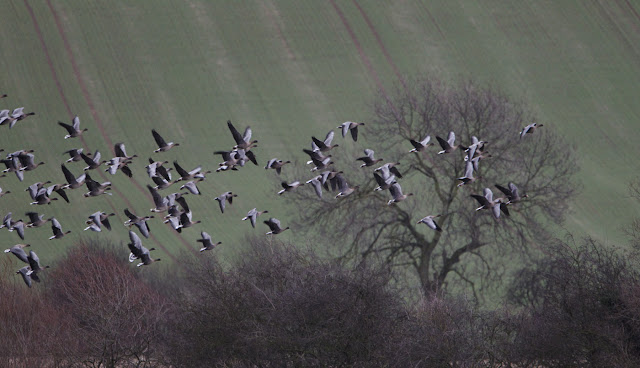 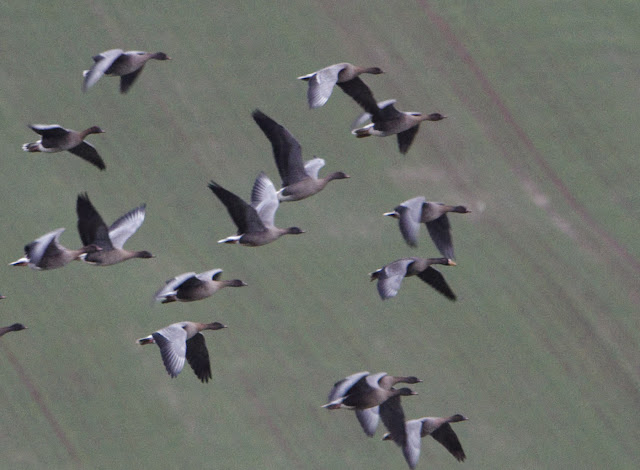 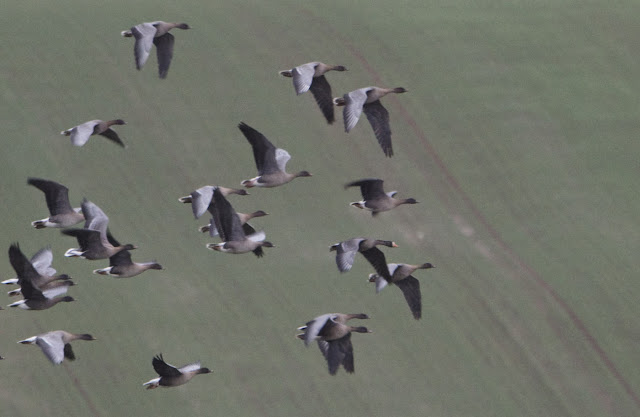 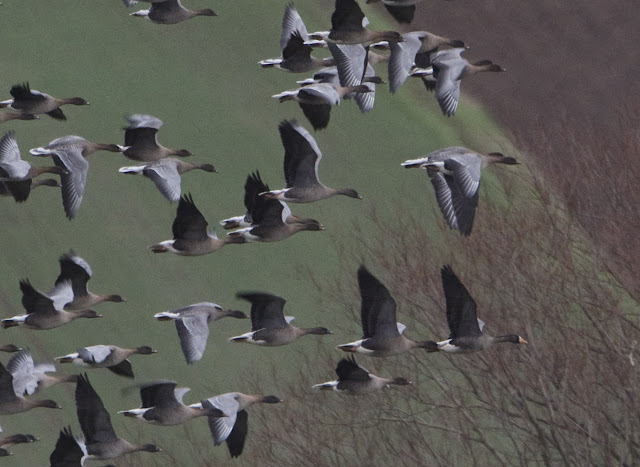 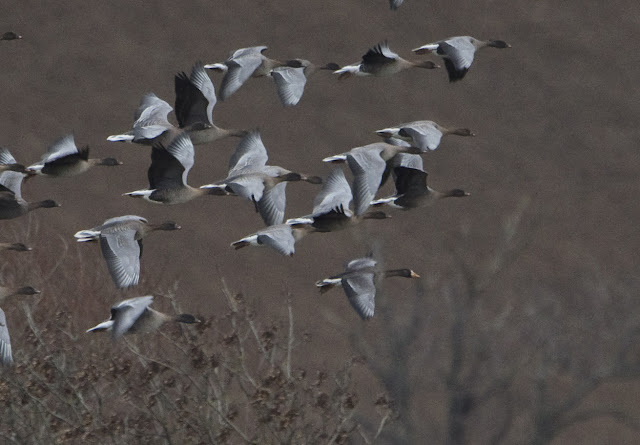 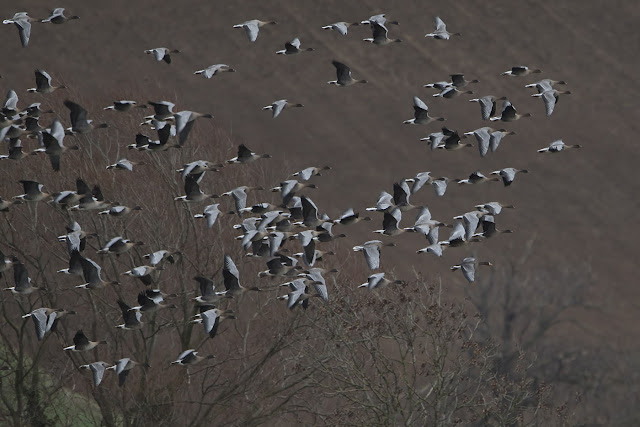 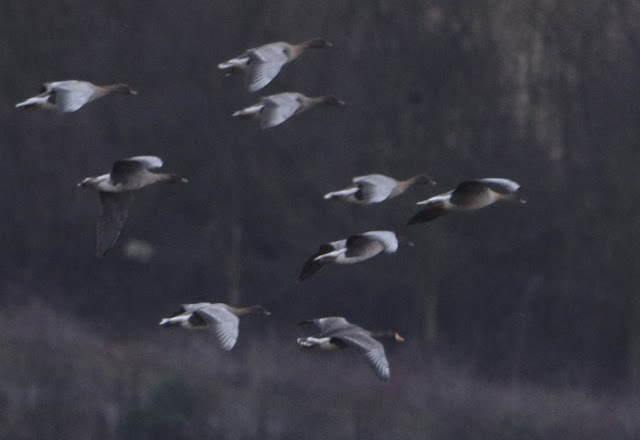 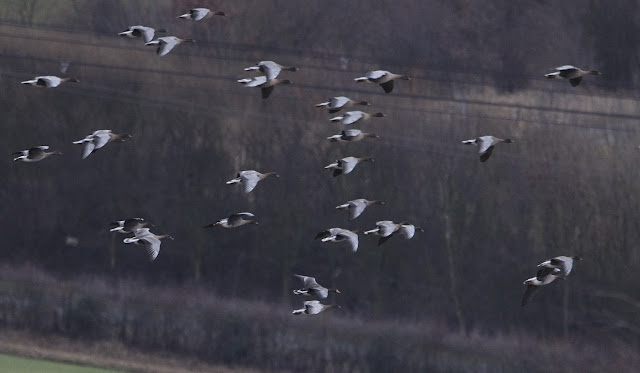 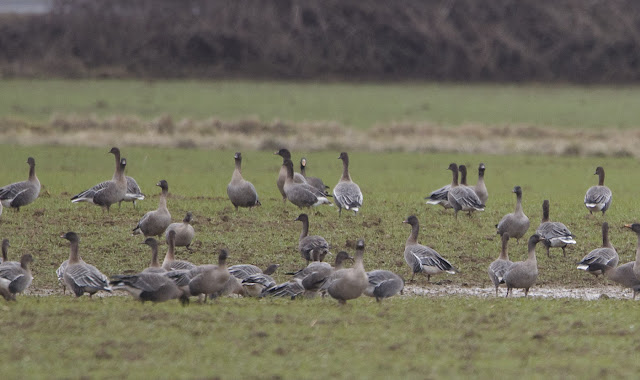 Apologies for these small images -- its all in the atmosphere --
Posted by Graham Catley at 5:49:00 pm