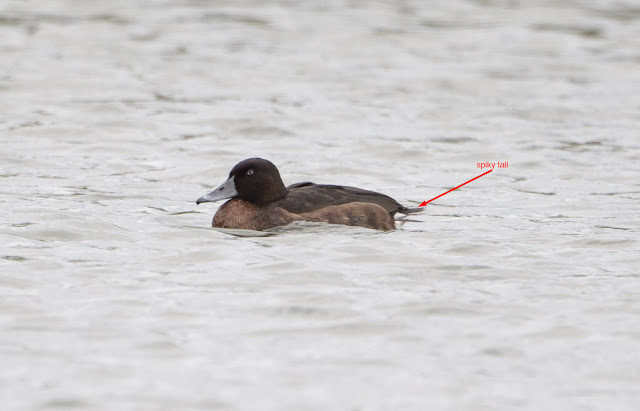 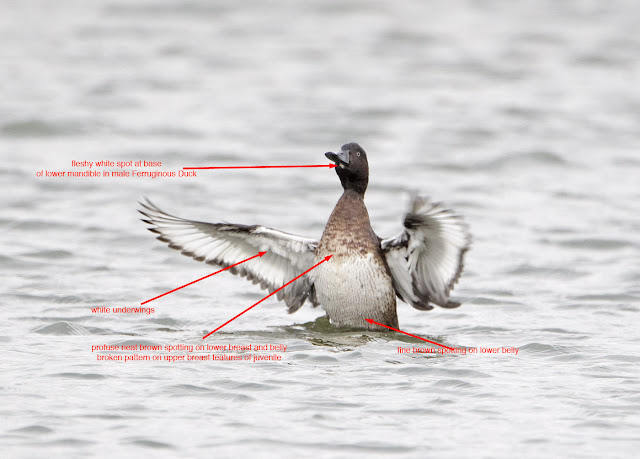 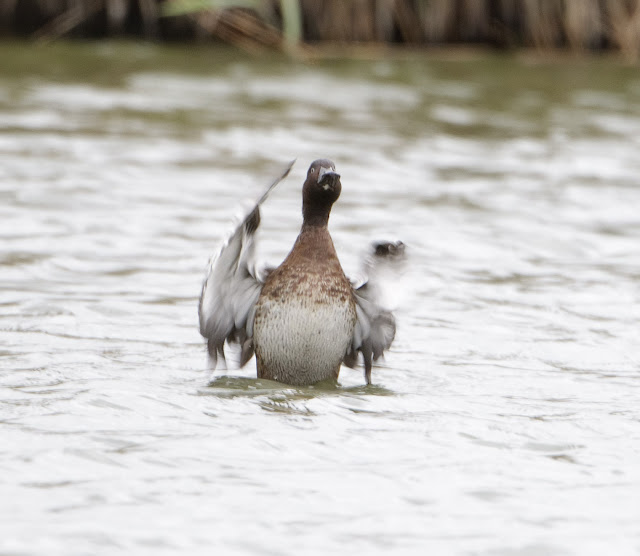 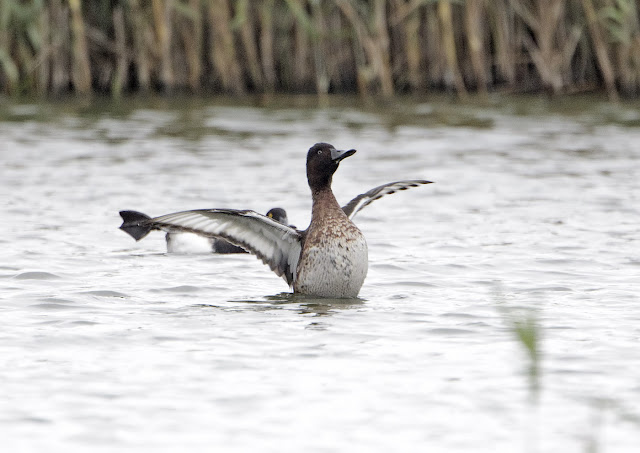 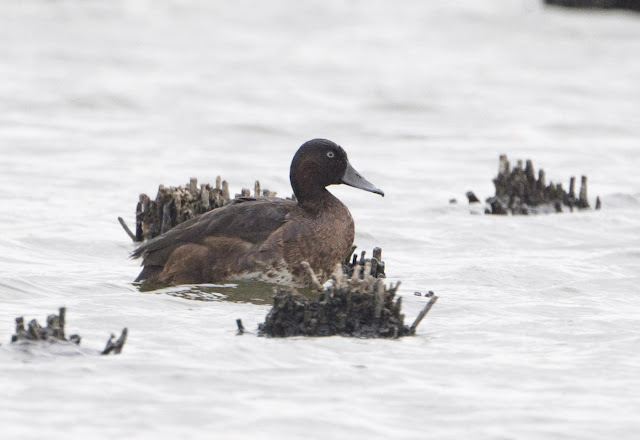 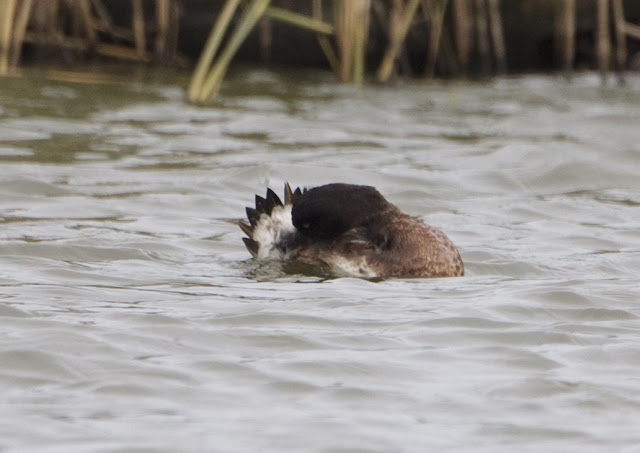 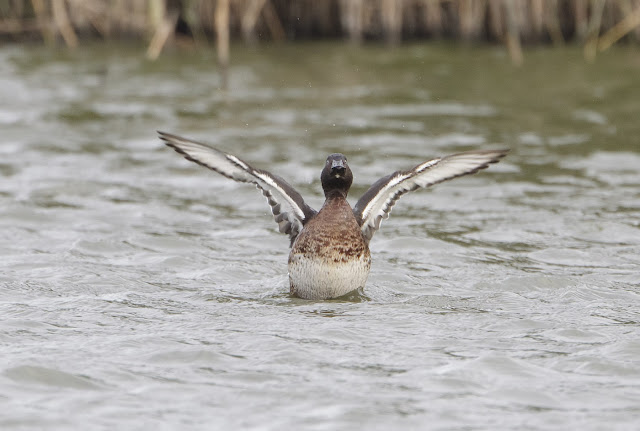 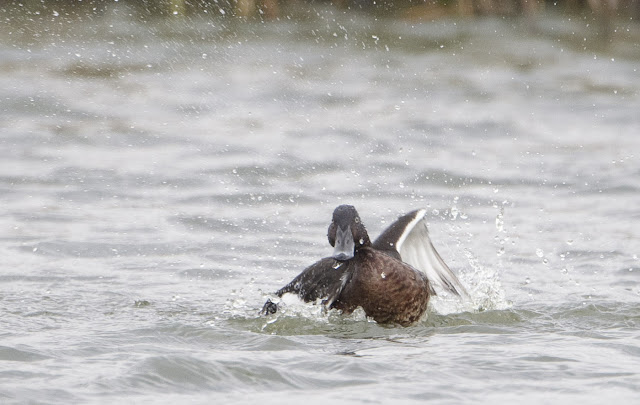 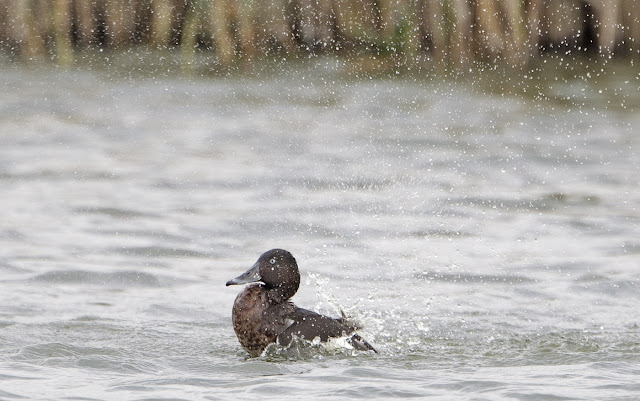 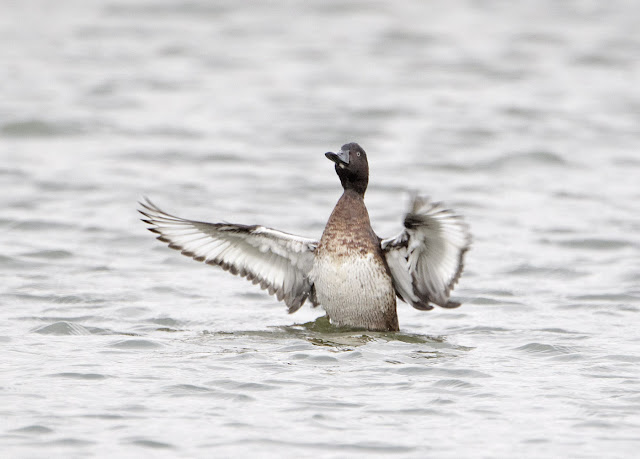 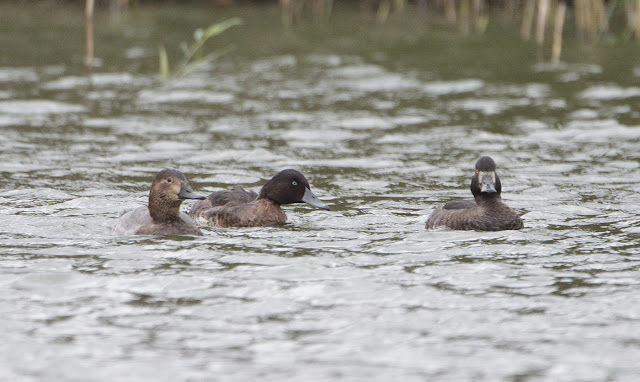 after extensive reading and spending the day watching this bird I am now convinced that this is a juvenile/ first-winter drake Ferruginous Duck; the pointed tail feathers, spiky look to the tail, belly markings, brown lines in the white undertail coverts and the bill pattern plus the duller iris and general coloration all seem to point to ageing as a juvenile; an interesting thing I noticed in the photos of the bird wing flapping is the small white round spot under the base of the lower mandible; in The Ducks of Britain and Northern Europe, Gooders and Boyer, there is a little sketch of this feature and text that states a fleshy white spot at the base of the the underside of the bill is found in drake Ferruginous Duck,and also in Bauer's Pochard and Ring-necked Duck;
In the BB paper KV shows a first-winter male with more extensive black on the bill tip and in the identification section under bill pattern states the following:
1) a large black bill tip is perfectly normal on female and immature Ferruginous Ducks and would not in itself suggest hybridity 2)it is perfectly normal for juveniles to have a predominantly all-dark bill, until at least autumn or early winter
A good bird it engendered interest and research and is only the second record for the Barton pits following the adult drake on Waters' Edge in Feb - April 2001 -- it has been feeding almost constantly today possibly suggesting it is a recent arrival as numbers of Pochard and Tufted Ducks have increased in the last week
Posted by Graham Catley at 8:45:00 pm