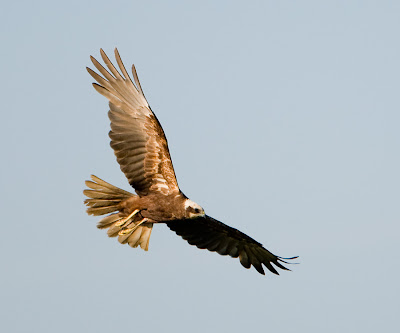 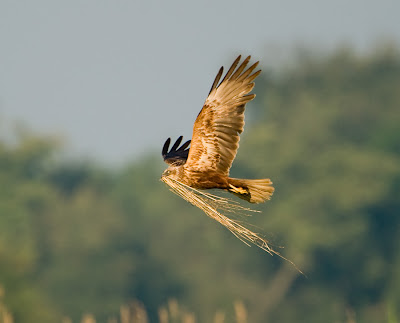 although often depicted as a set cream crown in many guides adult female Marsh Harriers seem from my experience to come in two types; the chocolate brown bird with the cream crown and forewings and the rusty coloured bird with a poorly marked head pattern, rusty tail and general male type plumage; the latter often have very pale eyes but watching the same birds in successive seasons their plumage does not seem to change between one type and the other with age
Posted by Graham Catley at 1:26:00 pm