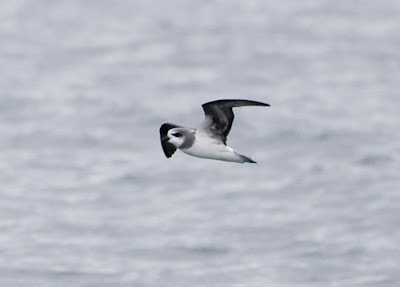 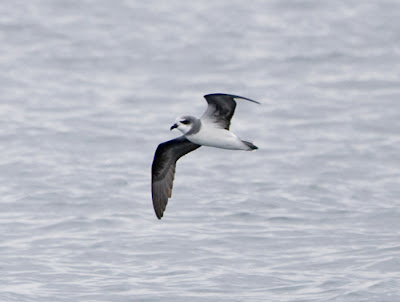 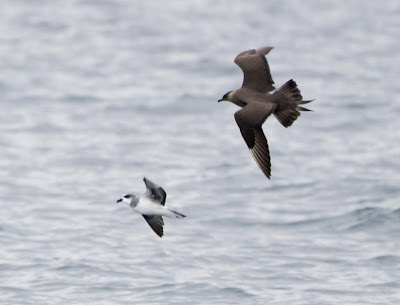 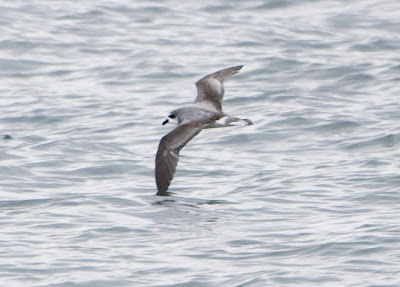 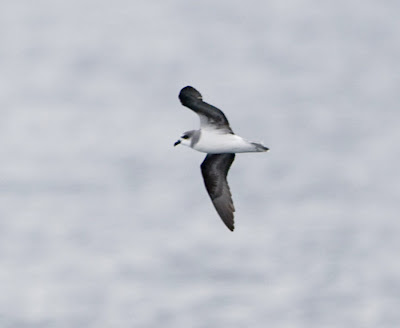 I say find but as with any of the best rare bird discoveries this was in fact just a mix of being in the right place at the right time, in effect luck! For everyone who has not seen the article in Birding World a quick summary of this amazing record. Mark Bannister and myself were birding at Nesseby Varanger, Arctic Norway, on the evening of June 6th 2009 when I tracked a passing Arctic Skua with my camera only to see it attack a seabird in front of us which quickly proved to be a pterodroma petrel; the bird was only in view for a few minutes before flying off down the fjord towards Vadso but I managed to get a set of small images of the bird with a 500mm lens and these proved on inspection to show what most people agree is a Soft-plumaged Petrel only the second for the Western Palearctic and the first for the North Atlantic; in fact there has been only one other record in the Western Pal and that was at Eilat. The full significance of this record will take a while to register but in effect it means that claims of pterodromas in the North Sea will now need to exclude this southern species rather than just being assumed to be Fea's or Zino's.
To get decent photos of any rare seabird is a real challenge but getting shots of a pterodroma from the shore is staggering and I am still in shock after 5 weeks!
Posted by Graham Catley at 8:38:00 pm

Remarkable find Graham and even more remarkable documentation! Just out of interest, your bird may be the first to be photographically documented in the WP....although the Eilat '97 bird was seen well by some tens of birders I don't think anyone managed to get an image, or at least we've never had one presented. Nice work indeed.

Brilliant stuff Graham, well done. I had a similar experience in 1999 when I found a Herald's Pterel of the Aussie coast - I was unfortunately with some of Australia's biggest listers on a pelagic at the time and it was then only the second record from the mainland - admittedly I didnt i.d it myself but gathered it was something good when i eventually got the others onto it and hell broke loose. Congrats on the stunning images.
ta
Matt