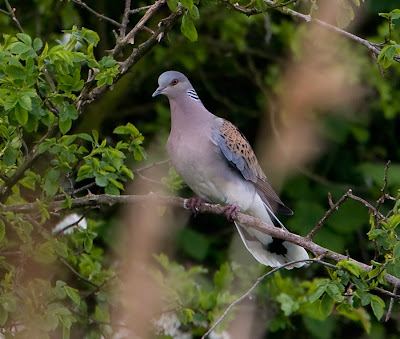 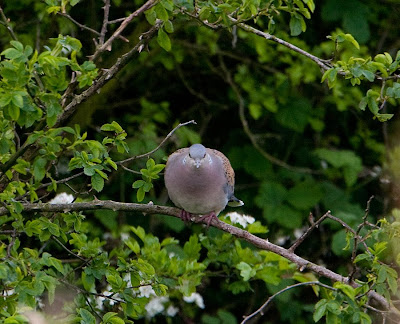 the sad decline of the Turtle Dove continues apace; this year there are just two males on the local patch and a female plus two males at one other site; in 1977 there were up to 35 pairs around the clay pits and spring passage was still evident with flocks flying west up the Humber on many days in May peaking with a count of 172 west in 4 hours on May 14th; 101 flew west on May 8th 1979 and 173 west between May 18th and 22nd 1981; a local flock of 156 was feeding at South Ferriby on August 26th 1992 but since then day peaks have never exceeded 8 birds. Finding a bird to photograph now is almost impossible hence the poor images
Posted by Graham Catley at 11:49:00 am