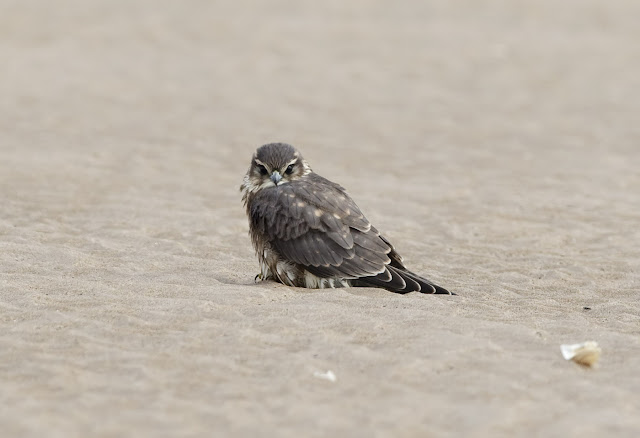 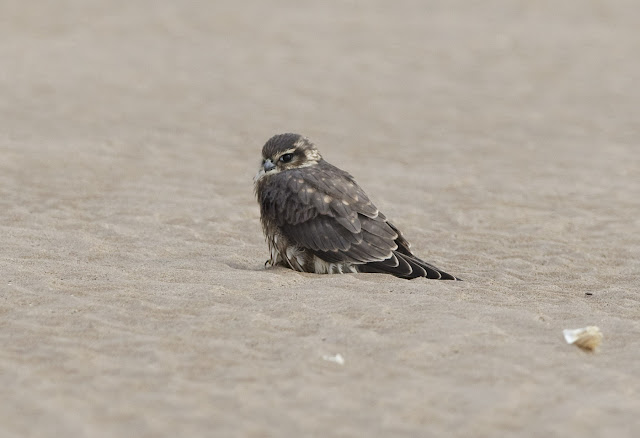 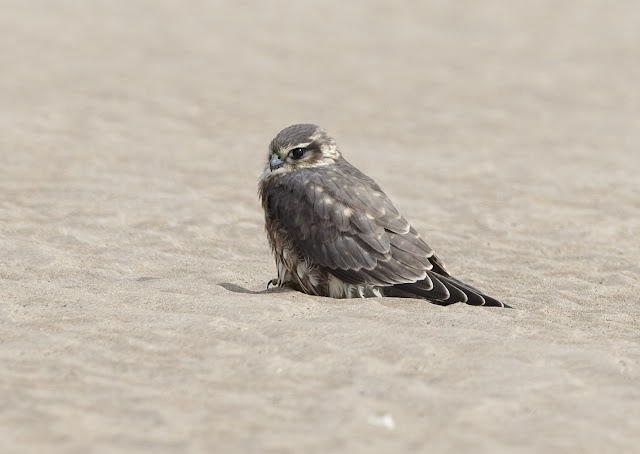 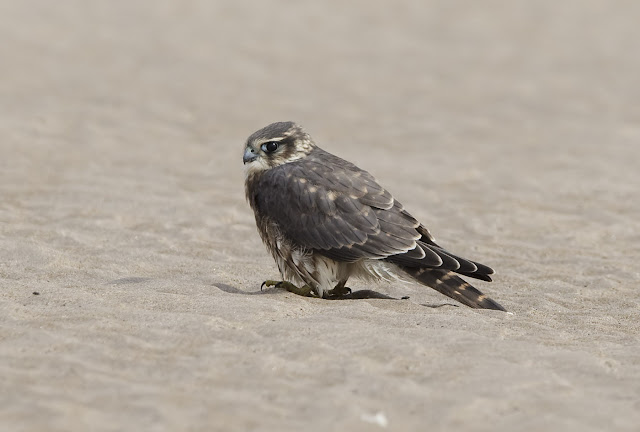 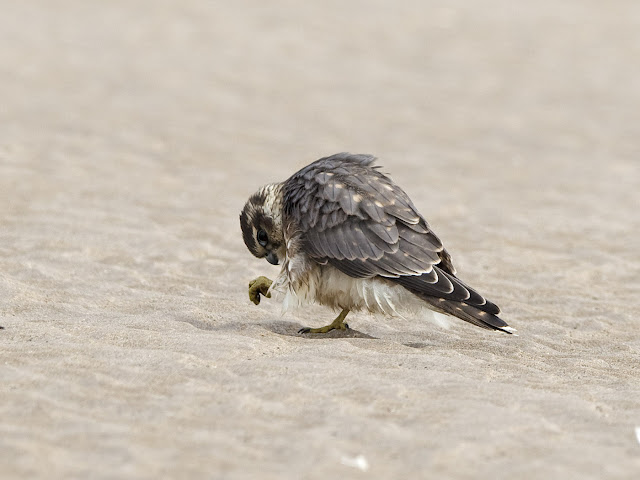 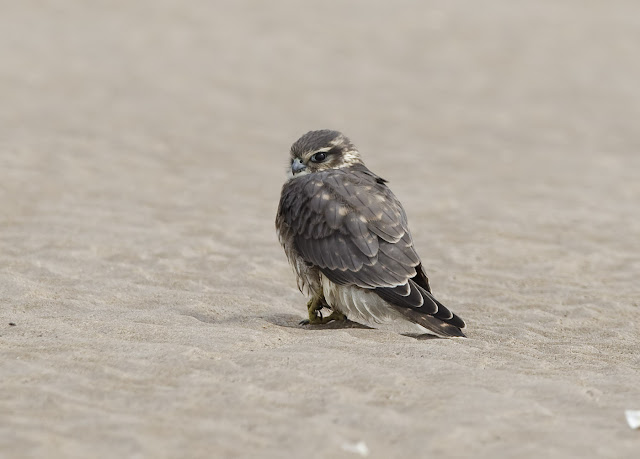 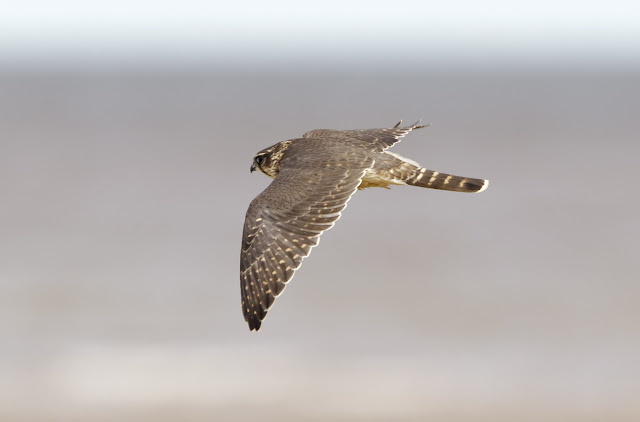 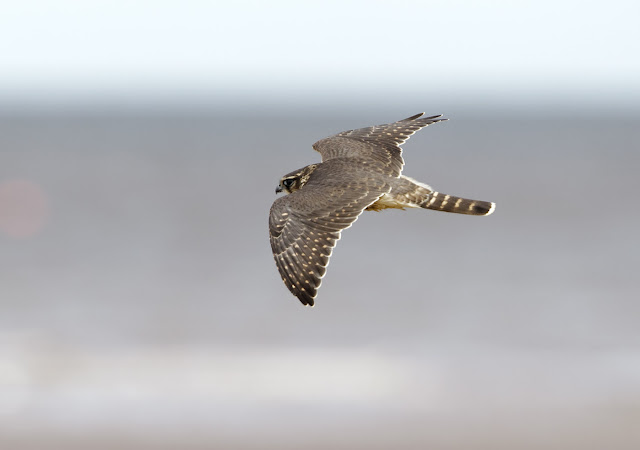 from a distance in the heath haze I thought this might be a small skua sat out on the beach but a bit closer the pale nape patches revealed it as a juvenile Merlin; I have never come across one of the very tame birds on the coast in autumn that have featured in magazines like Dutch Birding so this one was a challenge; three rather deep water channels later and it was closer than I have been in the past but I could have done with the 500 lens! Its underparts appeared to be a bit wet and I wondered if it had just arrived and dropped in on the beach covered in shallow water or if it had mis-judged an attack on  a wader -- in any case it seemed perfectly fit and eventually flew off inland
Posted by Graham Catley at 9:35:00 pm