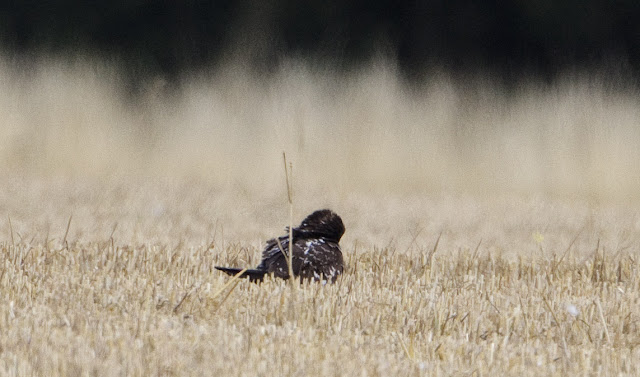 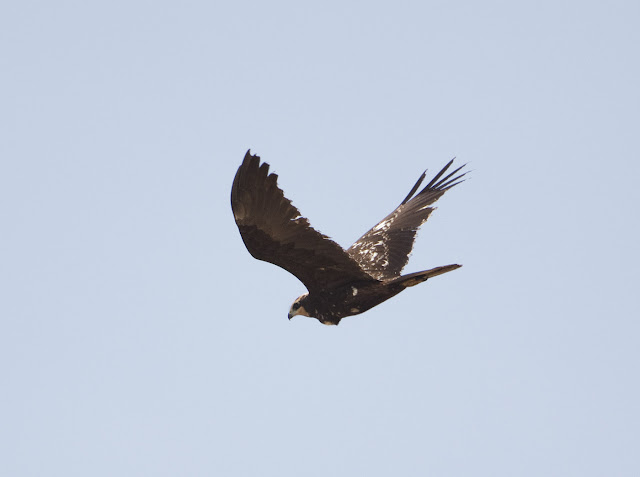 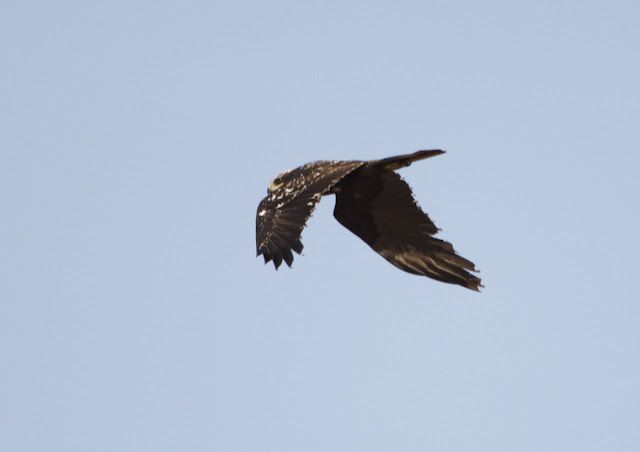 when Marsh Harrier first nested on my patch in 1997 the brood contained two heavily white spotted juveniles out of five, both males, the following year there was one but since then I have not seen any locally until this bird popped up this afternoon while I was looking for a Sheppey wing-tagged bird seen the previous day -- as birds are dispersing widely it may not be a local juvenile -- the white feather tips are weaker than the darker parts and thus quickly wear and break off leaving birds looking rather ragged unlike the normal pristine appearance of juveniles at this time of the year
Posted by Graham Catley at 8:34:00 pm