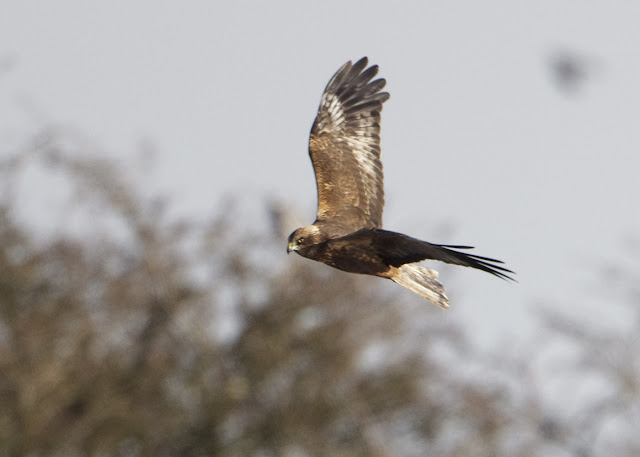 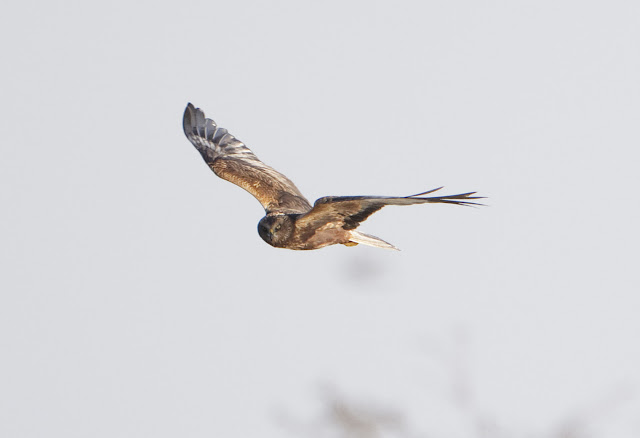 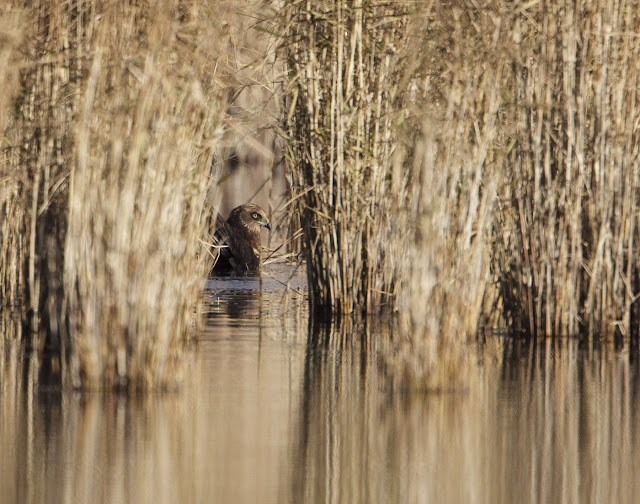 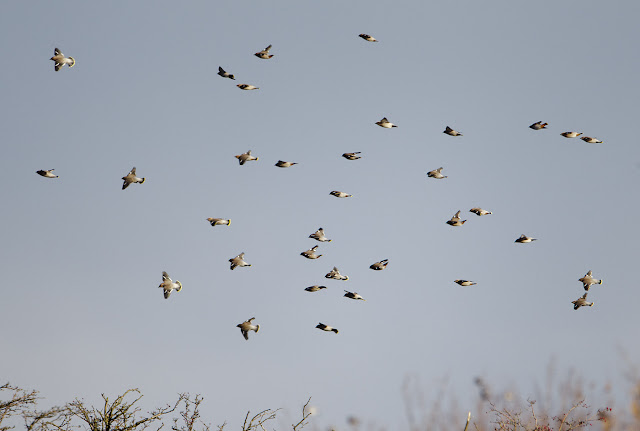 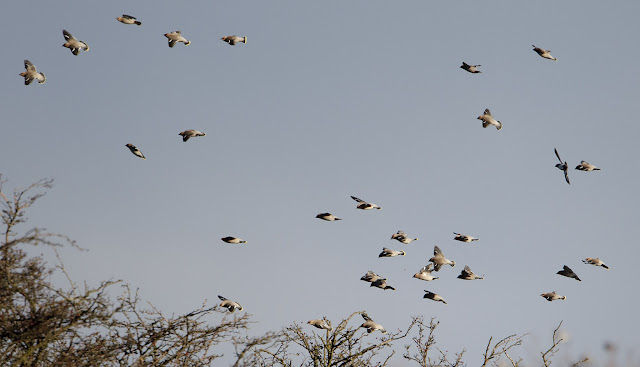 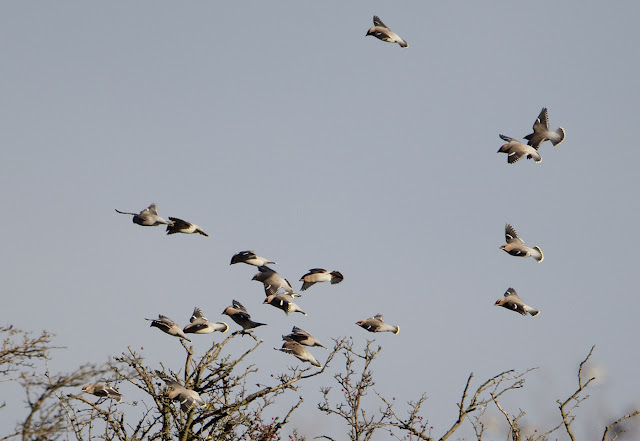 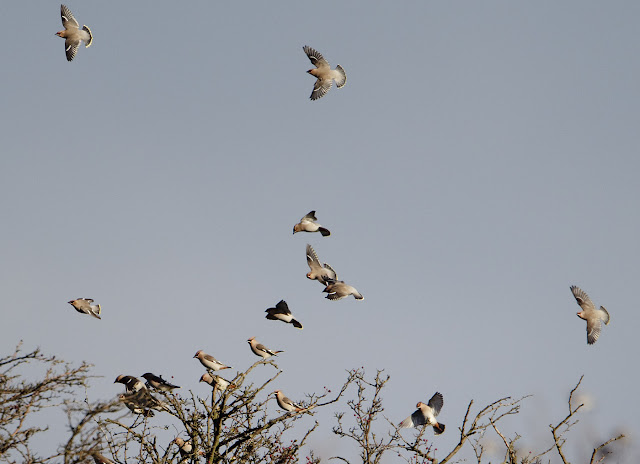 as I arrived to do the Whooper a young adult male Marsh Harrier with quite a dark head, that I had seen several times, and wanted to get a sot of, was hanging over the reeds on the pond edge -- I took a few shots  but was frustrated by it bathing in amongst the reeds -- as I waited for it to get up I heard Waxwings calling and looked up to see a flock of 36+ flying in from the south -- they tried to land in the hedge but as they did the harrier got up and spooked them so I missed the Waxwings and the harrier shots and the black cloud had moved so I missed what I wanted on the swan as well -- oh well
Posted by Graham Catley at 8:01:00 pm