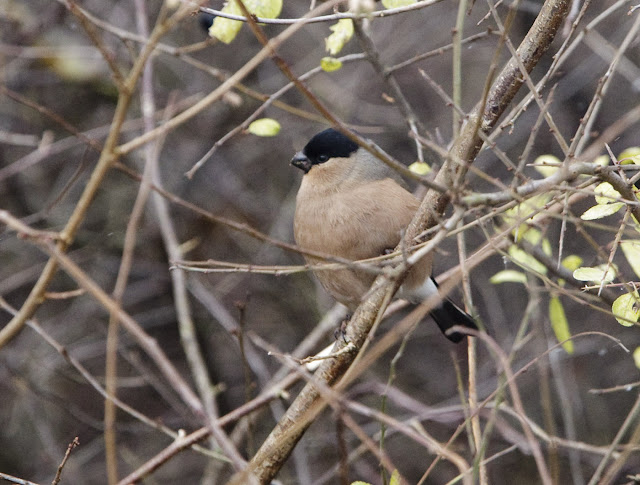 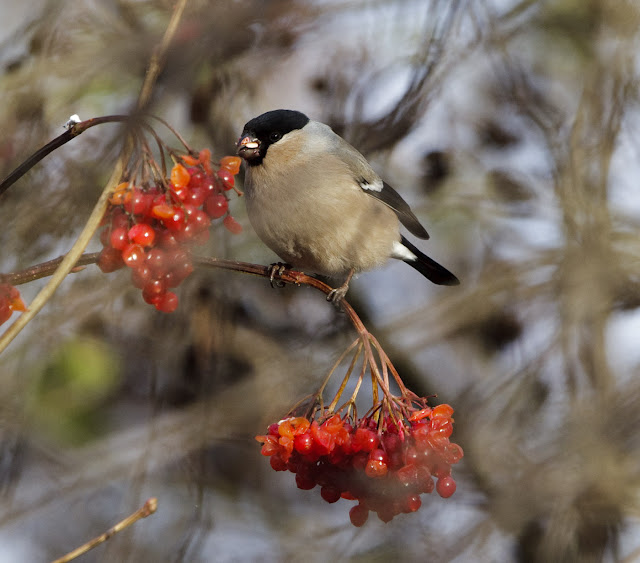 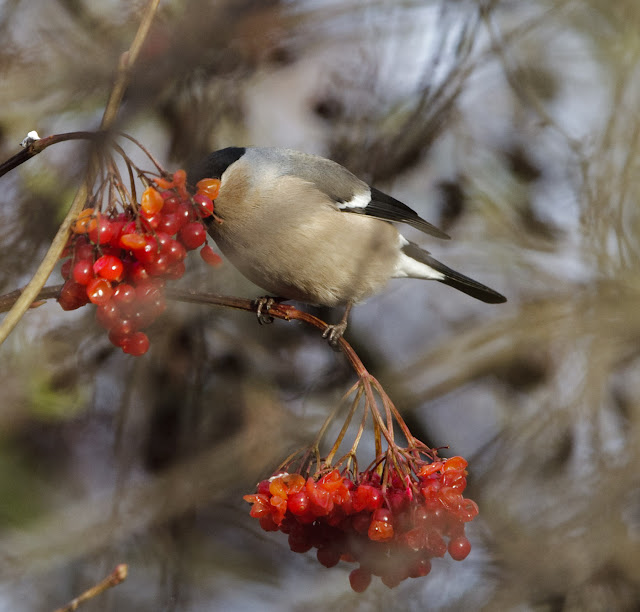 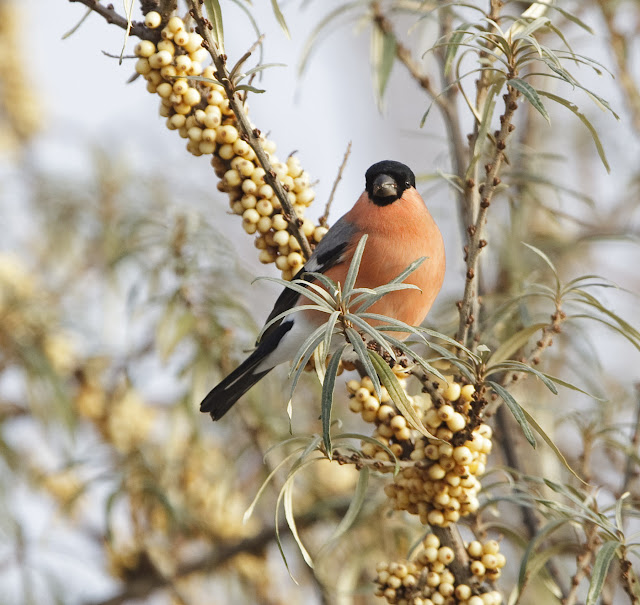 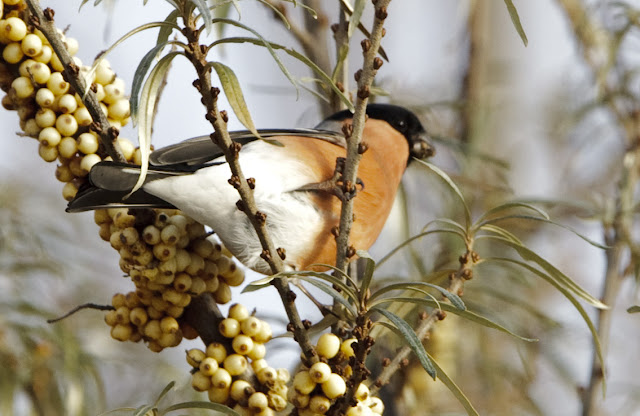 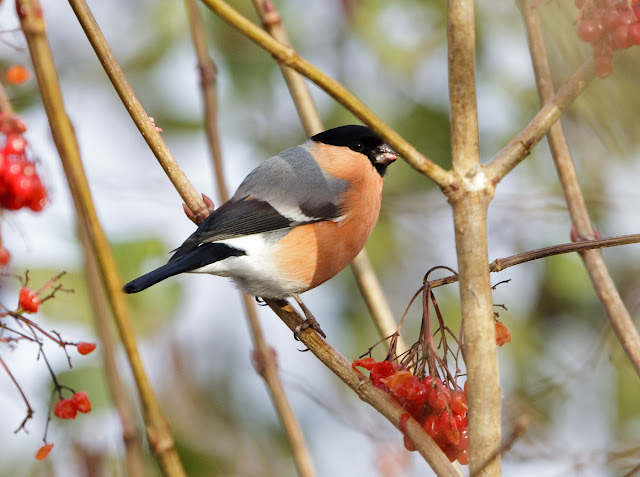 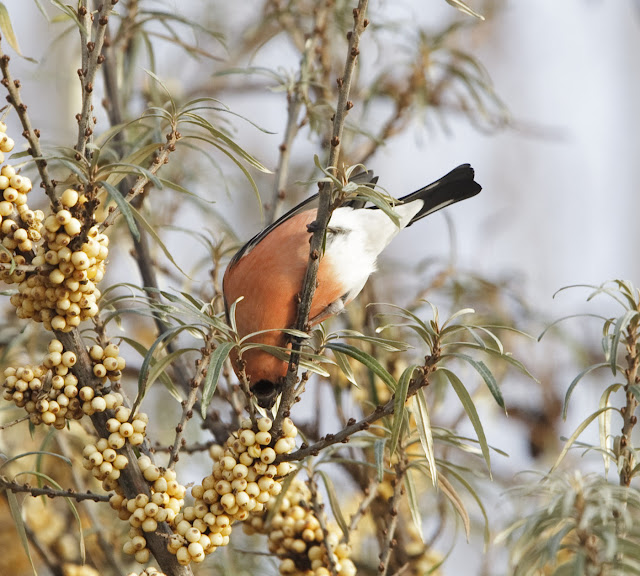 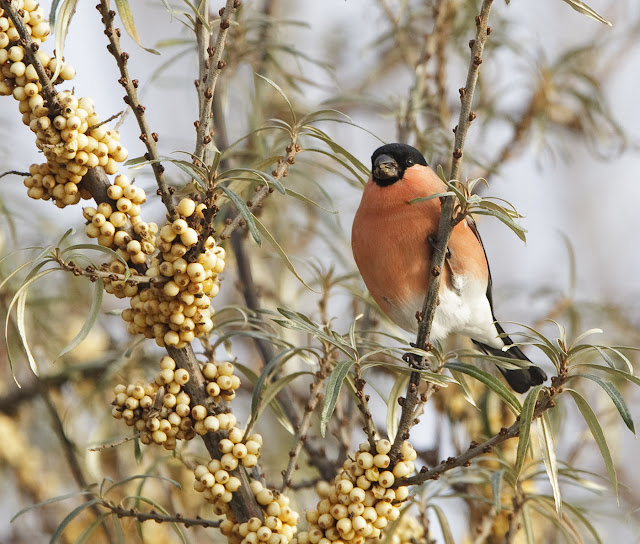 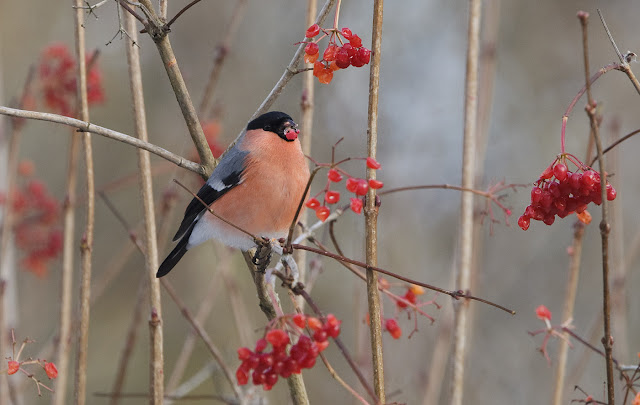 or at least I think they are!  one of the features that I noticed on a confiding female at Donna Nook in 2004 was the white lozenge shaped wedge on the inner web of the outer tail feathers, usually visible from below -- various studies in Scandinavia and UK found this feature to be present in 17% - 35% of Northern birds but to be rare in British birds - thus the male featured here has this feature along with a lot of white on the vent, pure blue-grey uppers and a sharp contrast with the pink cheeks, broad and deep wing bar, a hefty looking bill and a subjectively stocky build? the female has the contrasting grey nape and pale lavender washed underparts and the white in the outer tail feathers -- the calls did appear to be slightly different to British birds but certainly not trumpet calls ---
Posted by Graham Catley at 8:21:00 pm