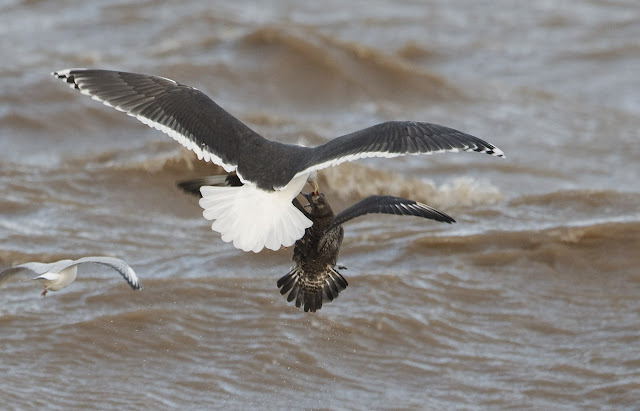 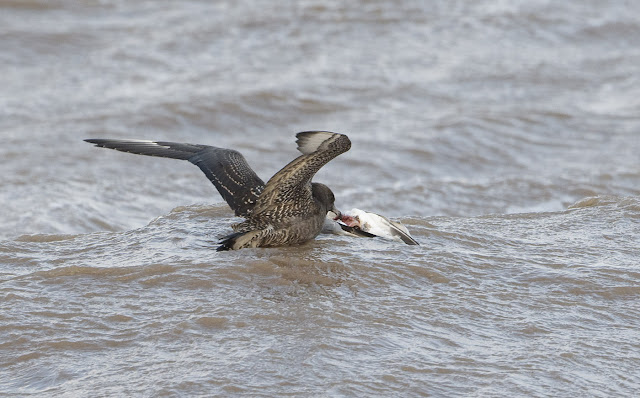 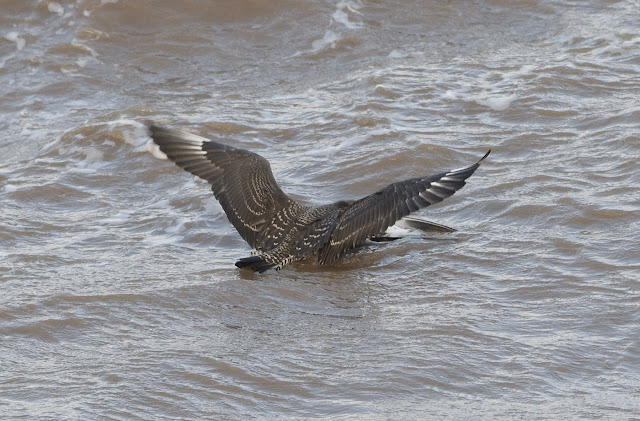 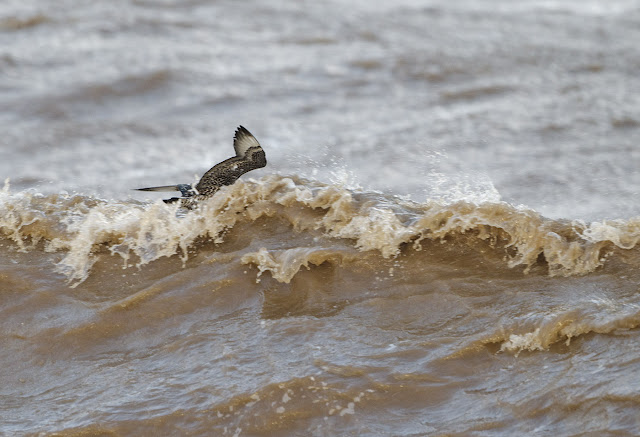 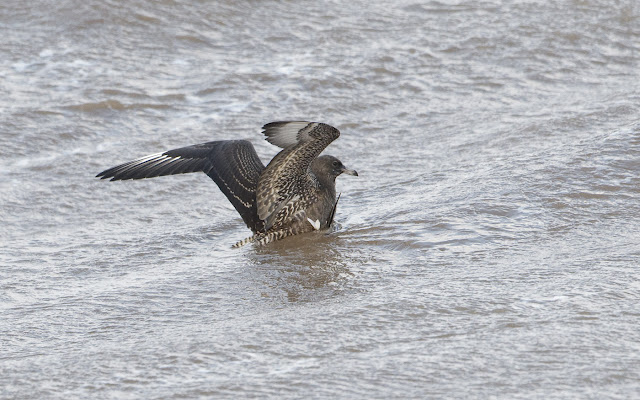 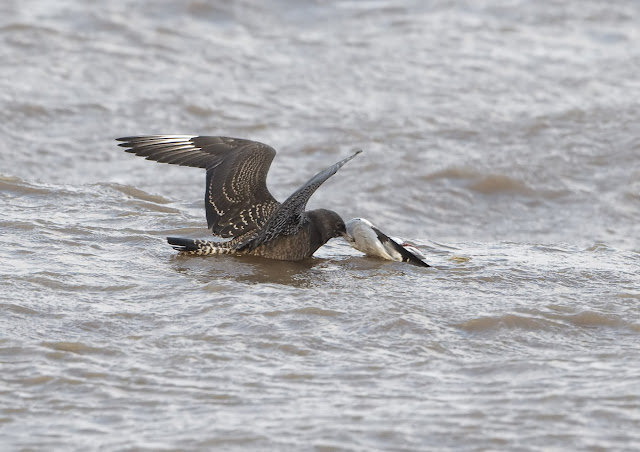 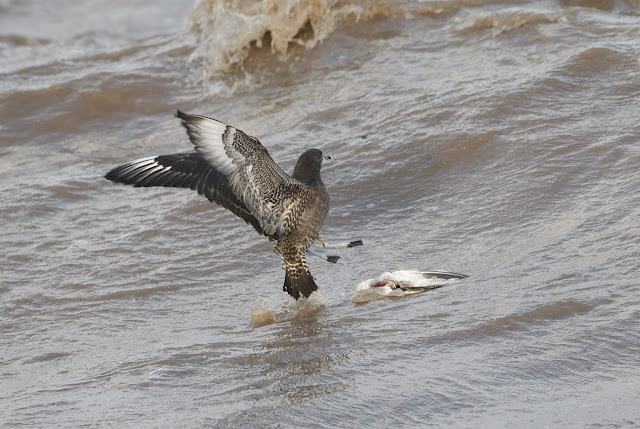 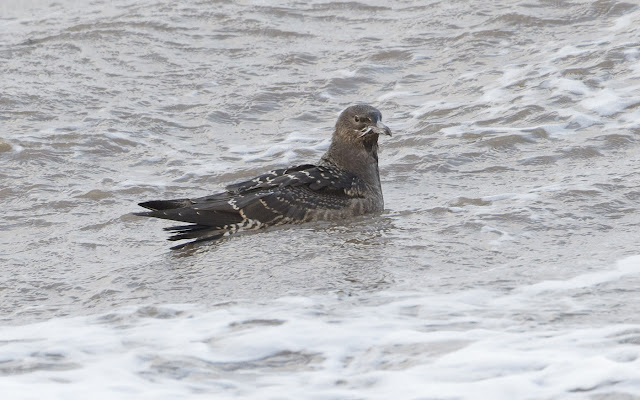 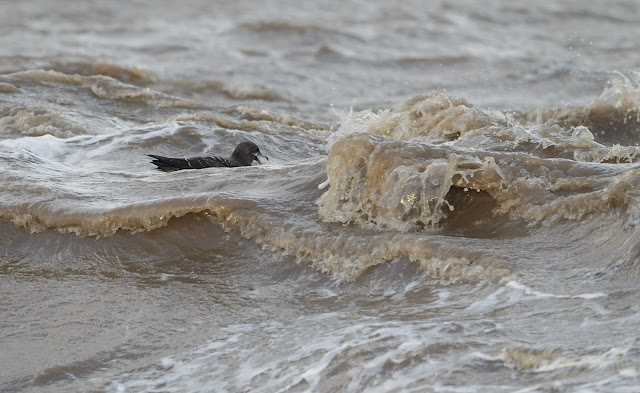 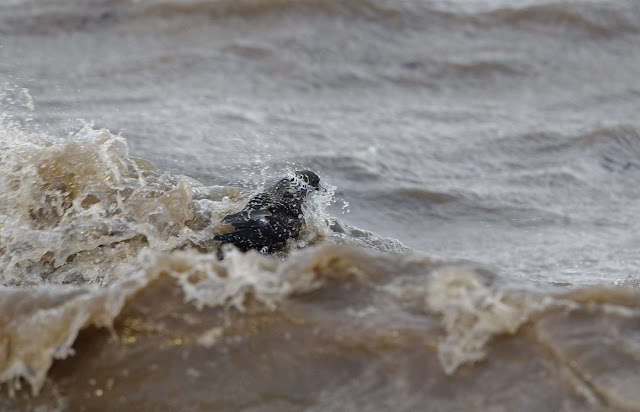 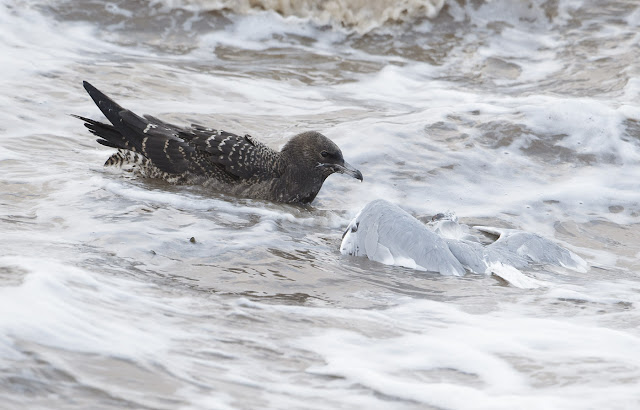 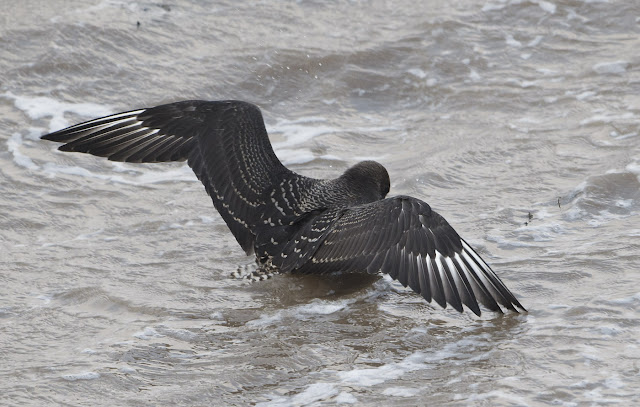 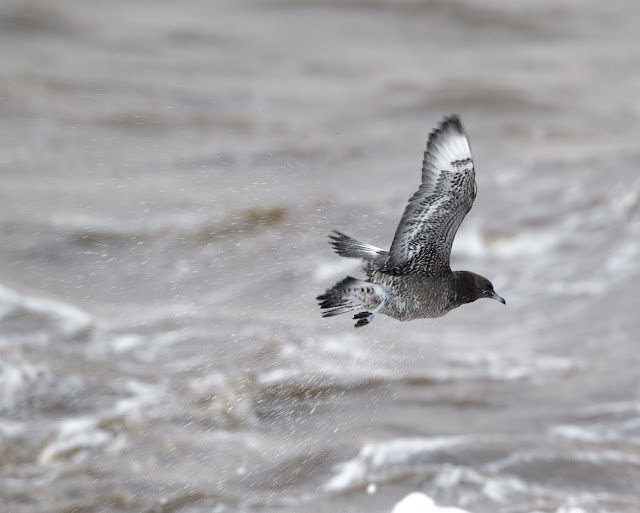 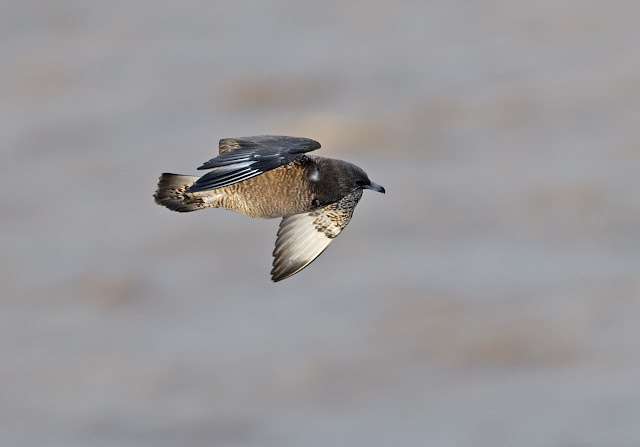 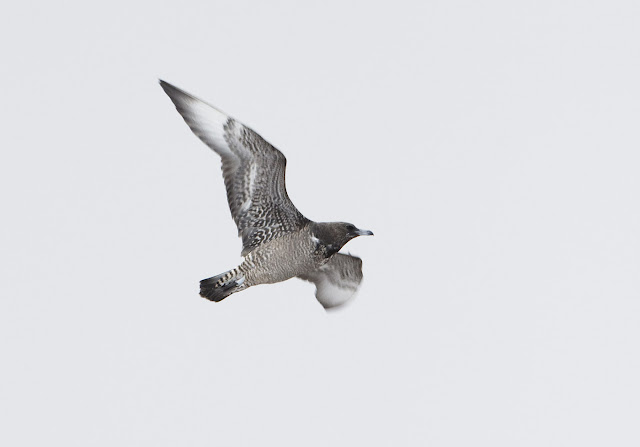 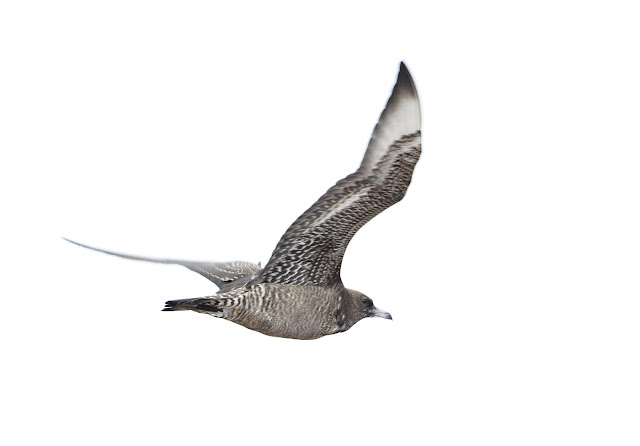 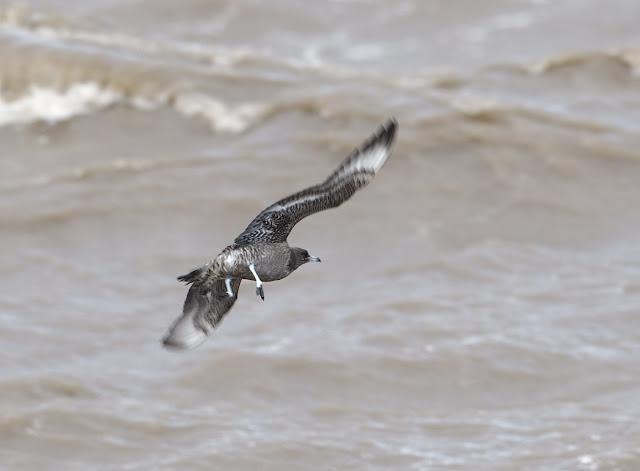 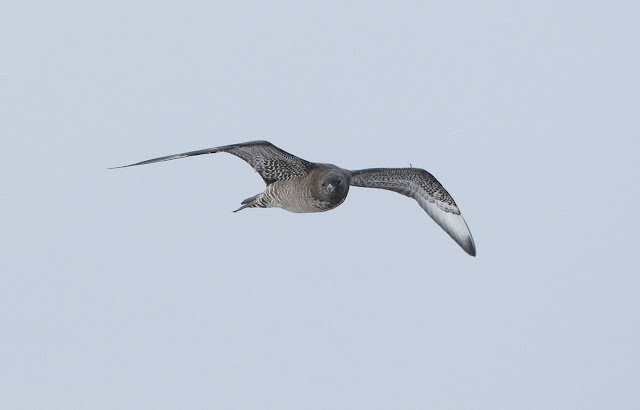 a juvenile Pom flew past me this morning before I could get the camera out -- assuming it had long since passed back out into the North Sea I was surprised to get a second chance at it when I found it feeding on a Common Gull at high tide -- with the wind force 6-7 it was more than a bit tricky to get any sharp images even out of the rocking vehicle with 5 foot waves battering the feeding skua -- amazingly it was picked up by the head by a Great Black-backed Gull at one stage and dropped only to return to its feast! -- later it was swamped by a huge wave and almost bashed against the sea wall
Posted by Graham Catley at 8:54:00 pm

Quite and interesting photoreportage! Great shots ;)