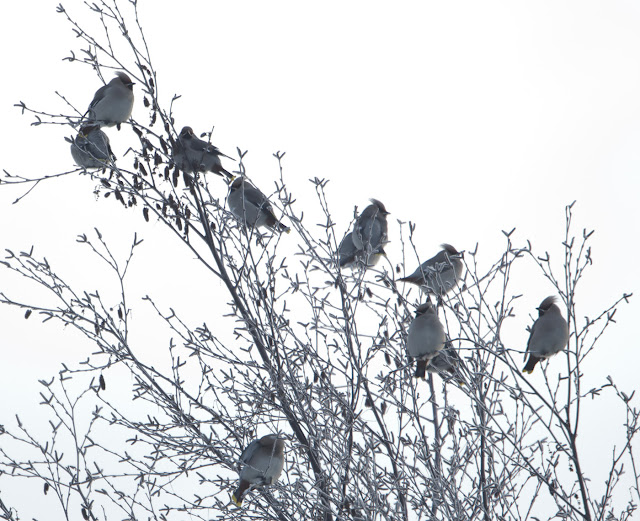 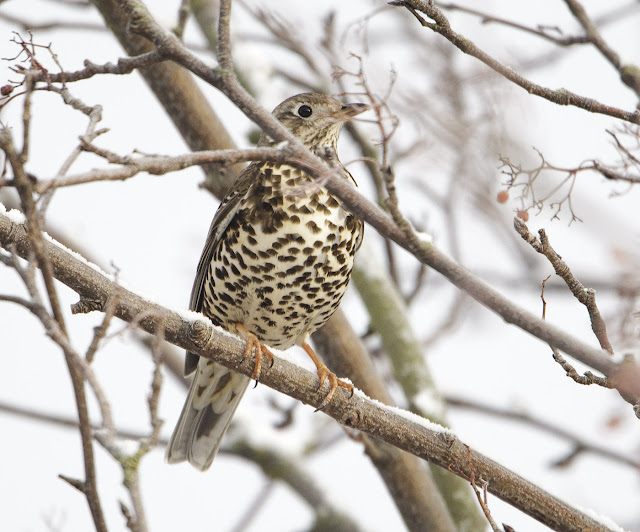 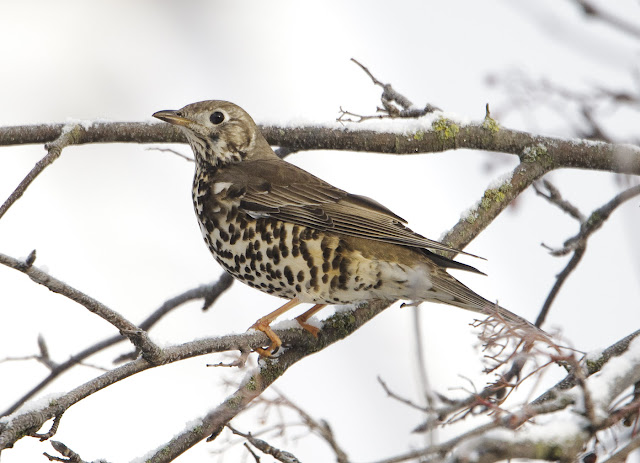 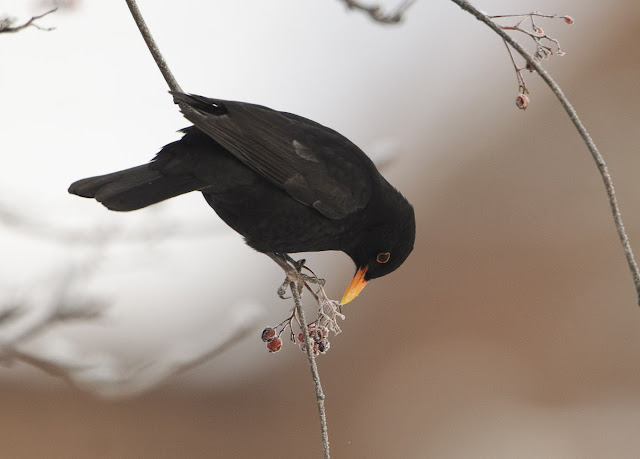 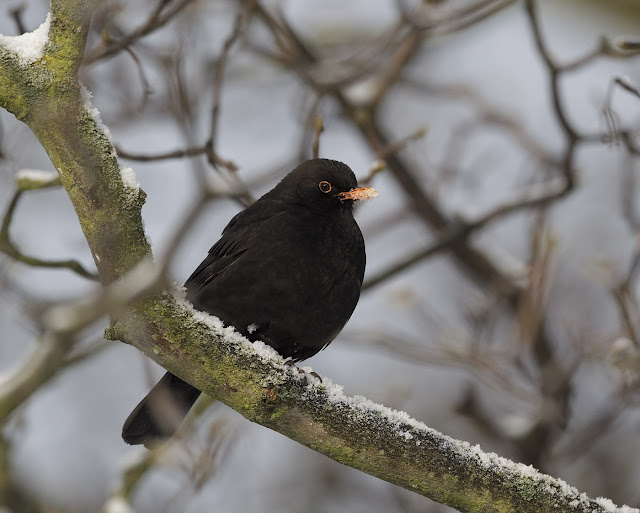 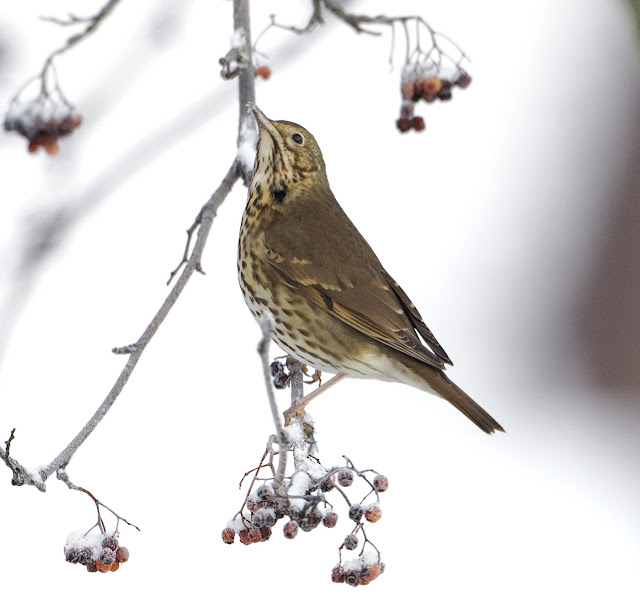 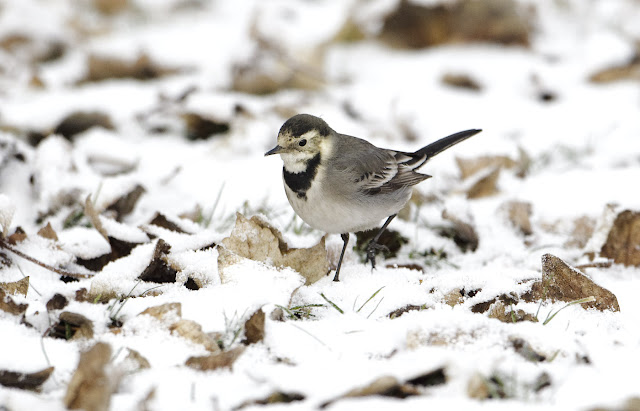 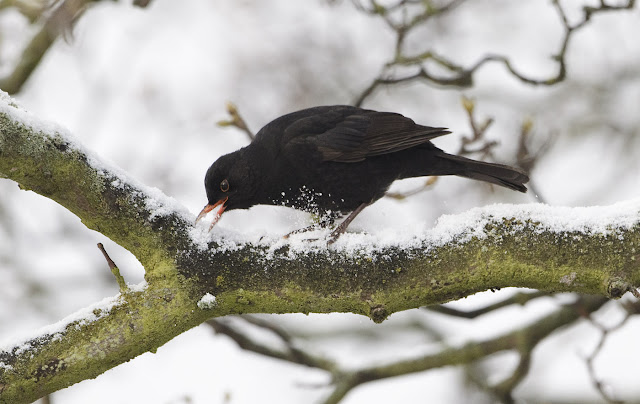 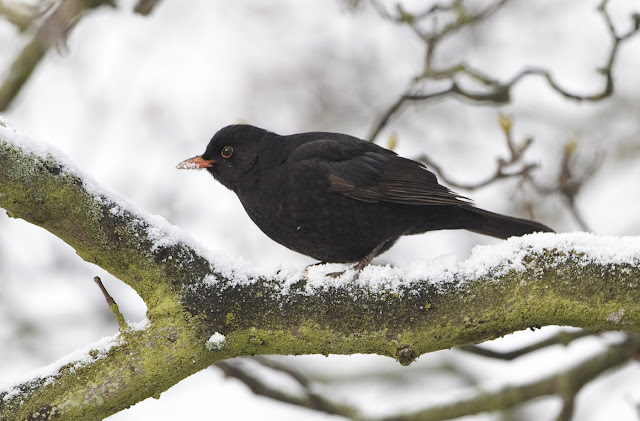 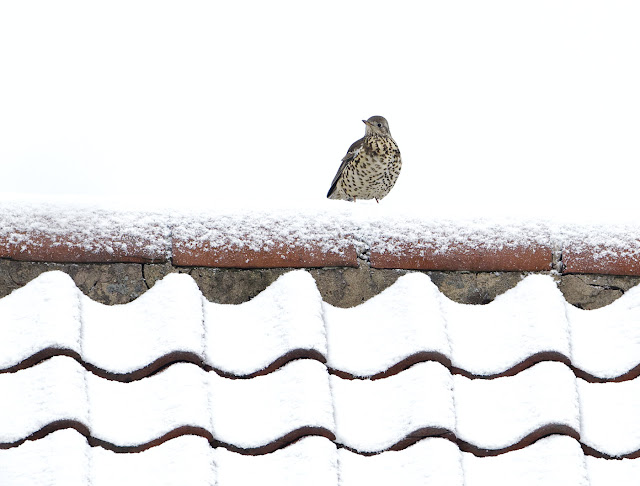 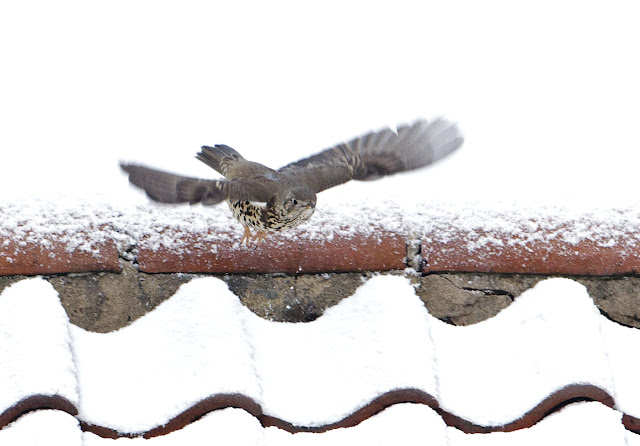 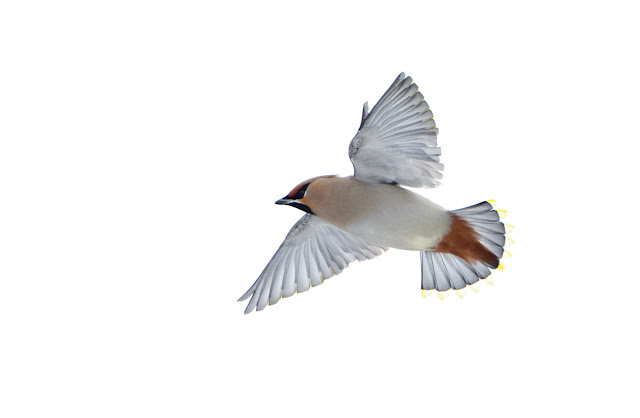 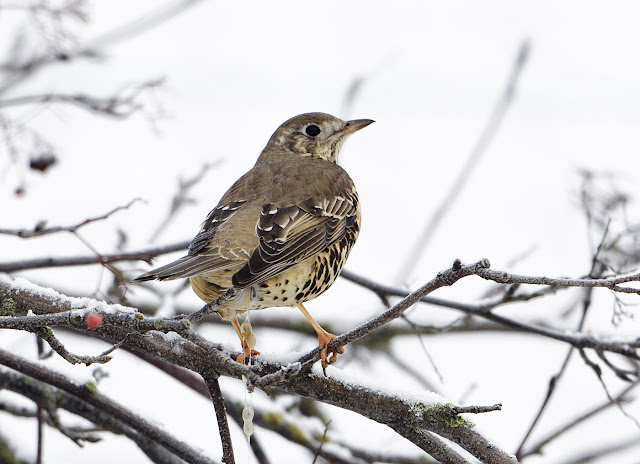 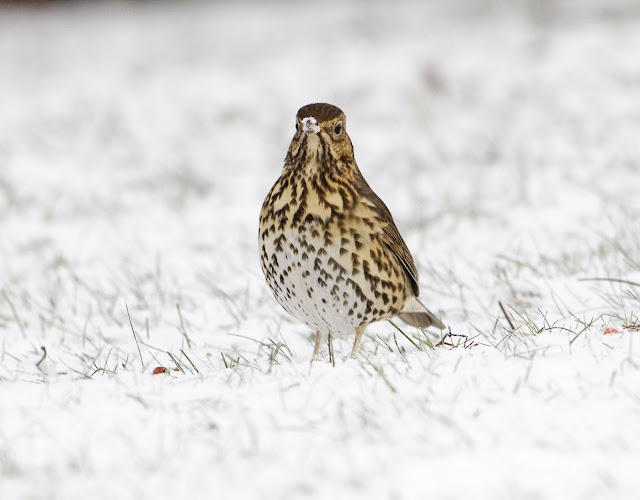 Saturday late afternoon driving out of town I spotted a flock of Waxwings in the RC church car park -- it was dull and late so headed back this morning to find 17 birds still there but in the top of a lofty birch -- they were trying to get down into a rowan that was the property of a local Mistle Thrush but on their first attempt they were chased off and a disappeared; now the Mistle allows Blackbirds and Song Thrushes to feed on the berries so why not Waxwings -- anyway 2 hours later the flock returned, now 22 birds, and flew straight into the rowan but the Mistle on guard saw them and within about 5 mili-seconds had launched an attack that sent them off to the north-east! now I like Mistle Thrushes but at times they can be a little annoying -- so a selection of birds from a snowy car park
Posted by Graham Catley at 9:15:00 pm